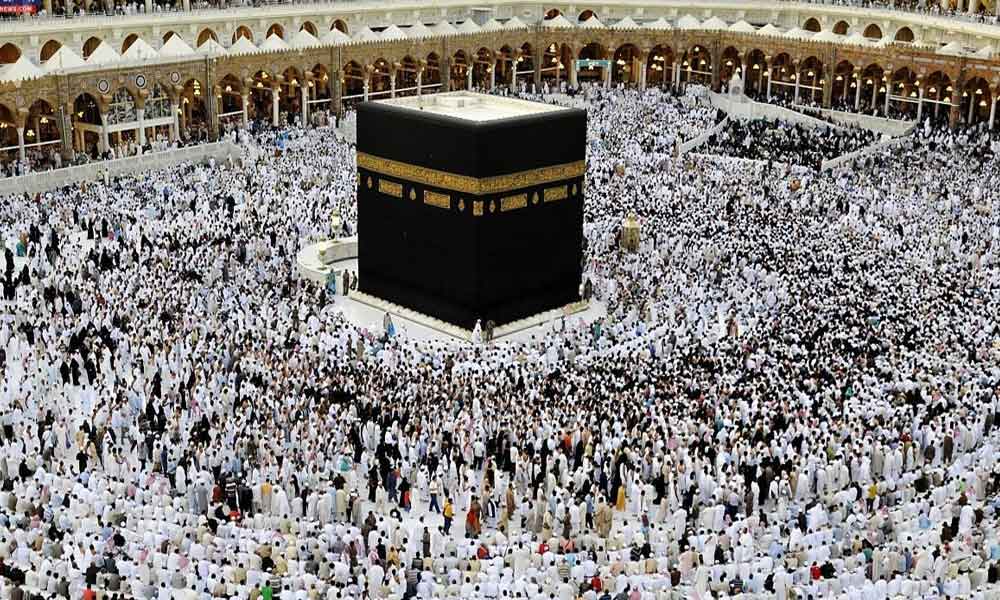 ISLAMABAD (92 News) – Minister of Religious Affairs Noorul Haq Qadri has confirmed that Saudi Arabia will make a final decision regarding Hajj after consultation with Pakistan and other countries by the 15th of Ramazan. In a statement, the minister said that it was being reviewed on different options including to make limited Hajj. “The Saudi authorities will decide whether Hajj will be held or not by the 15th of Ramadan,” he added. Noorul qadri clarified that Saudi Arabia has asked Pakistan to halt Hajj agreements until the situation becomes clearer but Pakistan is in direct contact with the relevant Saudi Ministry and Saudi Arabia will make a decision in this regard after consultation with Pakistan and other countries by the middle of Ramadan. He said that the possibility of Hajj taking place is dependent upon the coronavirus situation improving drastically and the Saudi government has multiple options moving forward including permitting only local pilgrims to perform Hajj, permitting only Gulf counties  pilgrims or allow only 10 percent pilgrims from each country of the world to perform Hajj this year. Earlier, the Saudi government has barred Pakistan authorities from signing the Hajj agreements due to coronavirus.  In a letter received by the Ministry of Religious Affairs on Thursday, it has been asked not to sign the agreements. “The Saudi government will inform the authorities after the situation improves,” he added. According to sources, Pakistan had to sign agreements regarding arrangements for accommodation, transport and food for Pakistani pilgrims. The agreements have been stopped after receiving the letter from the Saudi government. The Ministry for Religious Affairs has already stopped Hajj training programs. This year, 179,210 Pakistanis are to perform Hajj. After the second death due to coronavirus on Wednesday, Saudi Arabia tightened a nationwide curfew, barring travel in and out of Riyadh, the capital, and the holy cities of Makkah and Madinah, as well as movement between all provinces. The orders, approved by King Salman and published by state media, also brought forward the start of a curfew in the three cities to 3 p.m. from 7 p.m., starting Thursday. Saudi Arabia introduced the curfew on Monday, initially for 21 days, after registering a jump in infections. Its second fatality was a 46-year-old foreign resident of Makkah, among 133 new cases that took Saudi Arabia’s total to 900. Across the six-nation Gulf Cooperation Council, the tally rose to 2,472 with seven deaths, as the United Arab Emirates registered 85 new infections, Oman 15 and Kuwait four.