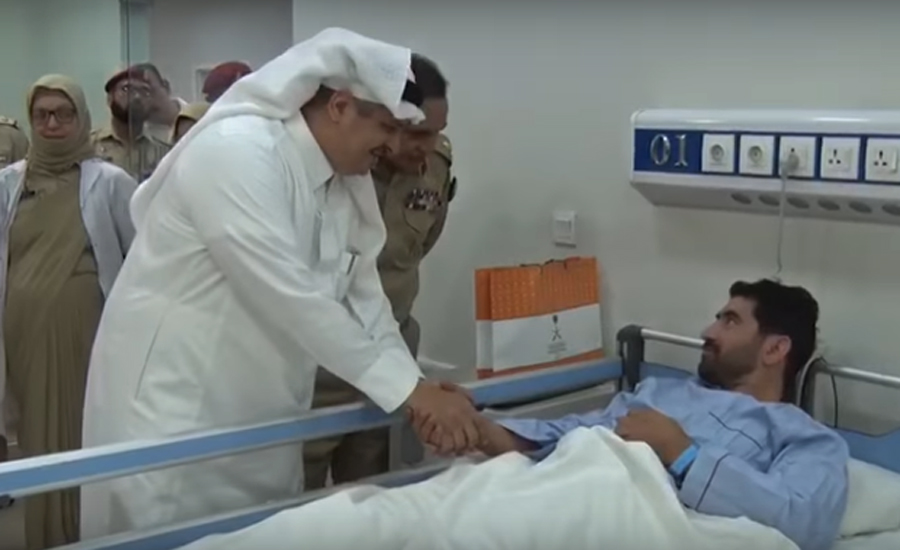 RAWALPINDI (92 News) – Nawaf Saeed Al-Malkiy, Ambassador of Kingdom of Saudi Arabia (KSA), visited Armed Forces Institute of Rehabilitation Medicine (AFIRM), Rawalpindi on Wednesday. According to the ISPR, the Ambassador met the war wounded soldiers and inquired their well being. He was given a detailed briefing on the role and contributions of AFIRM is premier rehabilitating institute for the war wounded soldiers who have sacrificed their limbs during various military operations. This state-of-the-art facility also provides services to both military and civilians affected by accidents, calamities, any kind of violence and Improvised Explosive Devices (IEDs). The visiting dignitary appreciated the high morale of soldiers and paid tribute for their contributions for peace and stability in the region.