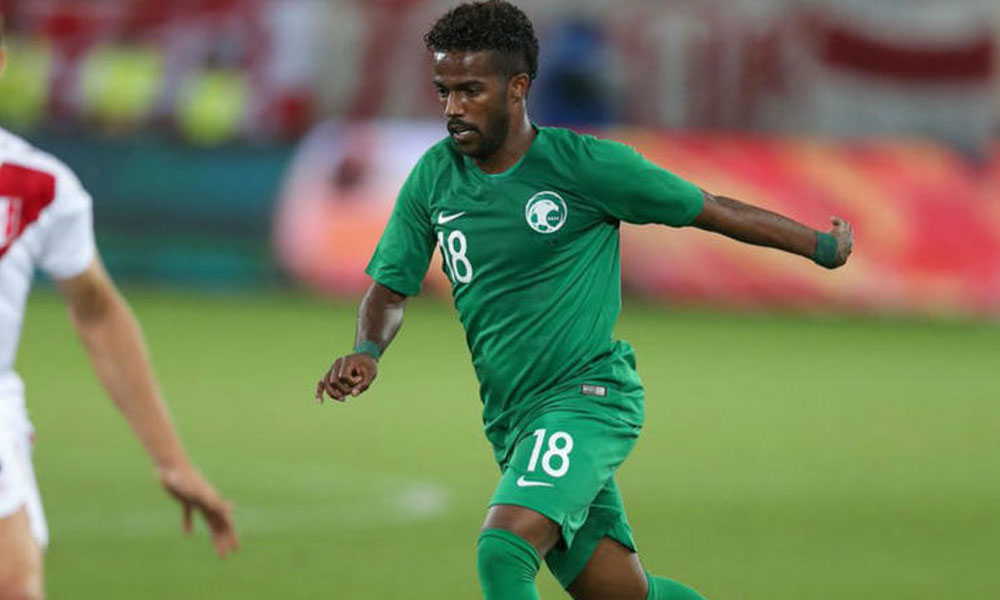 MOSCOW (Reuters) - Winger Nawaf Al Abed has been left out of Saudi Arabia’s squad for the World Cup finals as Juan Antonio Pizzi’s side finalise preparations for their first appearance at the tournament since 2006. Al Abed, a key member of the squad during qualifying and who was instrumental in Al Hilal reaching the 2017 Asian Champions League final, has struggled with injury since the turn of the year and the 28-year-old failed to make it into Pizzi’s final 23-man selection. Goalkeeper Assaf Qarny, defenders Saeed Al Mowalad and Mohammed Jahfali, and midfielder Mohammed Al Kuwaykibi were also cut from a 28-man preliminary squad named last month. Argentinian Pizzi has included Fahad Al Muwallad, Yahya Al Shehri and Salem Al Dawsari after the trio spent four months on loan in Spain with Levante, Leganes and Villarreal before returning to their parent clubs. Saudi Arabia’s squad are all currently contracted to clubs in the country’s domestic league, with 10 on the books of back-to-back Saudi Premier League champions Al Hilal. A further seven play for Jeddah’s Al Ahli, who won the title in 2016. The Saudis, beaten 3-0 by Peru in Switzerland in a friendly , face hosts Russia in the opening game of the World Cup on June 14, the first time an Asian nation has played in the competition’s curtain-raiser. They also face Egypt and Uruguay in the group stage.