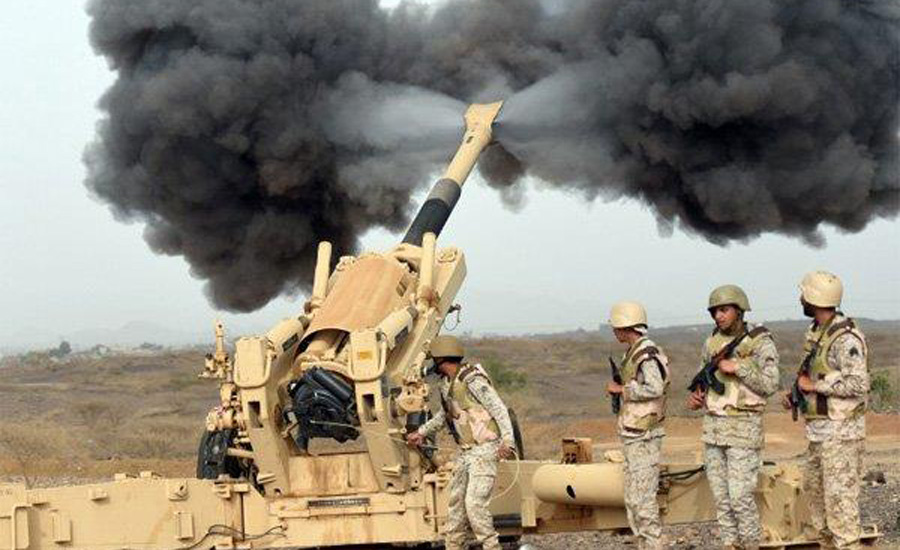 RIYADH - A ballistic missile fired by Yemen's Houthi rebels towards the Muslim holy city of Makkah in Saudi Arabia was shot down late on Thursday, said the Saudi-led coalition fighting in Yemen.

Air defence forces downed the missile over the Wasaliyah area of Taif province, 69 km from Makkah, without causing any damage, the coalition said in a statement carried by Saudi state news agency SPA.

The statement called the missile launch "a desperate attempt to spoil the haj pilgrimage," due to begin next month.

More than two million Muslims from around the world make the annual pilgrimage to Makkah, one of the five pillars of Islam which every able-bodied Muslim who can afford to is obliged to undertake at least once.

The Iran-aligned Houthis and allied militias loyal to former Yemeni President Ali Abdullah Saleh said on their official news agency they had launched a Burkan-1 missile into Saudi Arabia, but said it was aimed towards the King Fahd air base in Taif.

The coalition blamed a lack of control over the Yemeni port city of Hodeidah and misuse of permits for aid shipments for the continued smuggling of missiles into Yemen.

Saudi Arabia and its Gulf Arab allies have intervened in Yemen's civil war since March 2015 in a campaign to restore the ousted internationally recognised government of President Abd-Rabbu Mansour Hadi.

The coalition's offensive to seize Hodeidah from Houthi control has slowed since the outbreak of an intra-Gulf diplomatic dispute with Qatar in early June. -Reuters