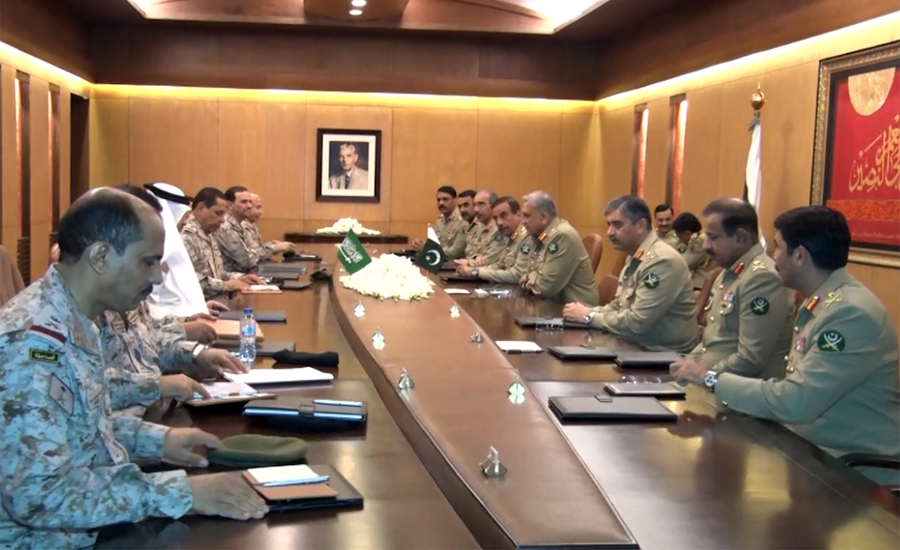 RAWALPINDI (92 News) – Lieutenant General Fahad Bin Abdullah Mohammad Al-Motair, Commander of the Royal Saudi Land Forces (RSLF), called on Chief of Army Staff (COAS) General Qamar Javed Bajwa at GHQ on Monday. According to a press release issued by the ISPR, matters of mutual and professional interests, including regional security situation, were discussed during the meeting. 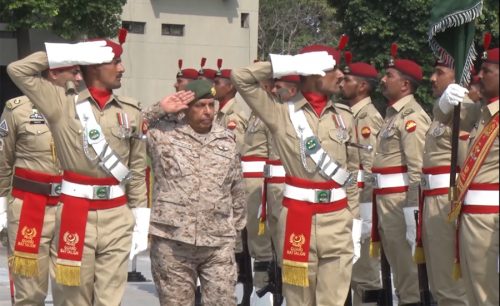 The COAS affirmed Pakistan Army’s support towards capacity building and training of RSLF. The visiting dignitary expressed his appreciation for Pakistan Army’s professionalism and efforts towards regional stability. 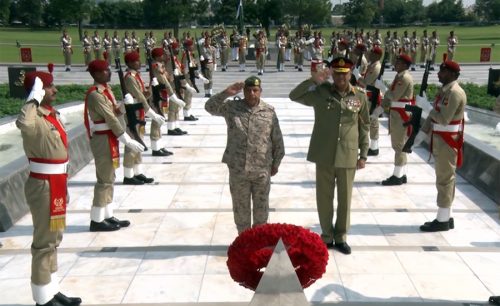 Earlier on arrival at GHQ, the Commander RSLF laid a floral wreath at Yadgar-e-Shuhada and was presented the guard of honour.

We wish peace in Afghanistan as much for Pakistan: COAS

On September 27, Chief of Army Staff (COAS) General Qamar Javed Bajwa visited Miranshah and interacted with tribal elders from North and South Waziristan Districts. According to a press release issued by the Inter Services Public Relations, the COAS said that cross border terrorist incidents are gradually reducing due to solidification of Pak-Afghan border, especially the ongoing fencing. “However, enduring peace inside Pakistan is linked to peace in Afghanistan for which Pakistan is playing its role,” he said. The COAS said: “Afghanistan is our brotherly Muslim neighbour and we wish peace in Afghanistan as much for Pakistan.” He urged tribal ‘mashrans’ to continue playing their elderly role in guiding the youth. “Combination of experience and wisdom of elders with energy and talent of the youth is a recipe for success,” he said. Referring to few IED incidents in the recent past, COAS asked them to stay alert and watchful against those facilitators and abettors who are morphed into peaceful citizens and working for the inimical forces. COAS Qamar Bajwa said that dealing with those few through force is not difficult; however, even at the cost casualties of security forces we deal them ensuring that peaceful citizens are not harmed. “It is only with mutual cooperation that we will defeat such terrorists,” he declared. Tribal elders assured the COAS that they shall continue supporting security forces in maintaining security environment. They requested the COAS for speedy completion of ongoing projects besides suggesting few additional. The COAS said that gradually all projects will get realized and upon completion these projects shall bring enduring peace, stability and prosperity in the area.