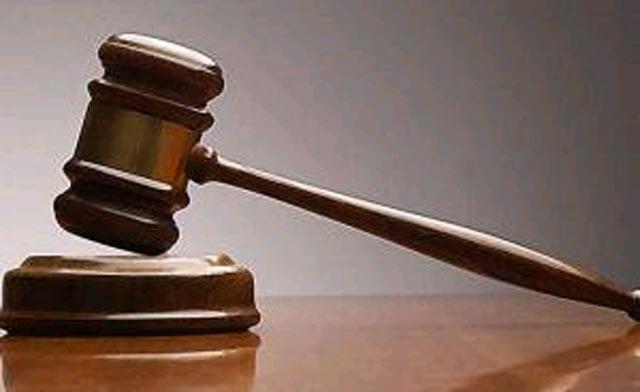 DUBAI (Reuters) - A Saudi court has jailed at least 13 men on counts including the recruitment of al Qaeda militants for the September 11, 2001 attacks on the United States and sheltering Osama bin Laden in Pakistan, Saudi newspapers said on Tuesday. Most of the 19 hijackers in the Sept. 11 attacks that killed nearly 3,000 people were Saudis, and some of the victims' families are pursuing a lawsuit accusing Saudi Arabia of providing material support to al Qaeda, a charge which Riyadh denies. The Arabic-language newspaper Asharq al-Awsat said one of the defendants confessed in court that he had met al Qaeda founder Osama bin Laden after the Sept. 11 attacks and helped him shelter at the home of a Saudi citizen living in Pakistan after he fled the U.S.-led invasion of Afghanistan. The defendant was also an associate of Khalid Sheikh Mohammed, the suspected mastermind of the Sept. 11 attacks, and planned other operations with him, according to al-Sharq al-Awsat. A militant cell which the defendant founded contained two members who would go on to participate in the Sept. 11 attacks. The al-Riyadh newspaper made no specific reference to the Sept. 11 attacks but reported that the specialized criminal court in Riyadh had handed down prison sentences to 13 defendants ranging from one to 23 years in jail. A Justice Ministry spokesman was not immediately available to comment but the Interior Ministry said it was checking the report. Saudi Arabia, which follows an ultra-conservative Sunni school of Islam, suffered a wave of Islamist militant attacks between 2002 and 2005. The kingdom successfully stamped out the violence with a major security crackdown, putting many behind bars and outlawing their groups. Hundreds of suspected militants have been tried in a series of hearings since 2006.