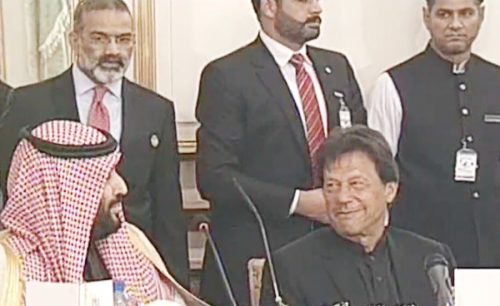 The prime minster also signed agreements between the two countries in the sectors, including energy, petrochemical, sports, tourism and other sectors. 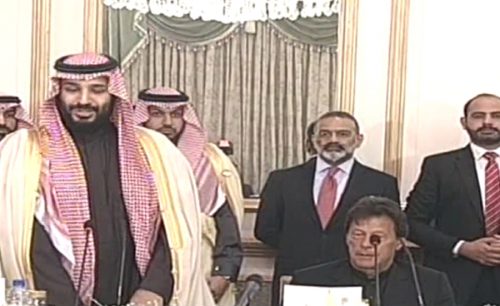 The Saudi prince said Pakistan is an important friendly country for Saudi Arabia and the relationship and brotherhood between the both countries will be further improved in coming days. He said that Pakistan will move forward in the leadership of Imran Khan. He said Pakistan has vast potential in tourism and its will be an attractive country for tourism in future. He assured the Prime Minister that he will provided all possible cooperation for release of Pakistani Citizens involved in minor crimes and jailed in Saudi Arabia. 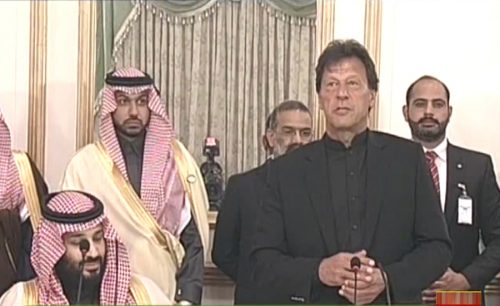 Addressing to the dinner ceremony, Prime Minister Imran Khan has said Pakistan and Saudi Arabia are enjoying historical relations in different fields. The prime minister thanked Saudi Arabia for commendable assistance and investments in Pakistan and said Saudi Arabia has supported Pakistan in all critical and difficult times. He said that the investments by the Saudi Arabia in Pakistan are in the interest of both countries. PM Khan requested the Saudi Crown Prince to treat Pakistani Hajj Pilgrims as respected citizen of Saudi Arabia and provide best facilities during the Hajj. He also requested steps may be taken to release three thousand Pakistan citizens from Saudi prisons involved in minor crimes. Earlier, Saudi power producing company ACWA Power has expressed its willingness to invest around 4 billion dollars in Pakistan’s renewable energy sector. Delegation-level talks between the Saudi Arabia and Pakistan formally began in which both the sides discussed matters of mutual interest. The Pakistan’s delegation was represented by Finance Minister Asad Umar. The Saudi delegation was led Saudi Energy Minister Khalid al-Falih. Both the sides exchanged views on investments by billions of dollars to be made by Saudi Arabia. “The agreement will be formally signed when Saudi Crown Prince Muhammad bin Salman reaches Pakistan.”