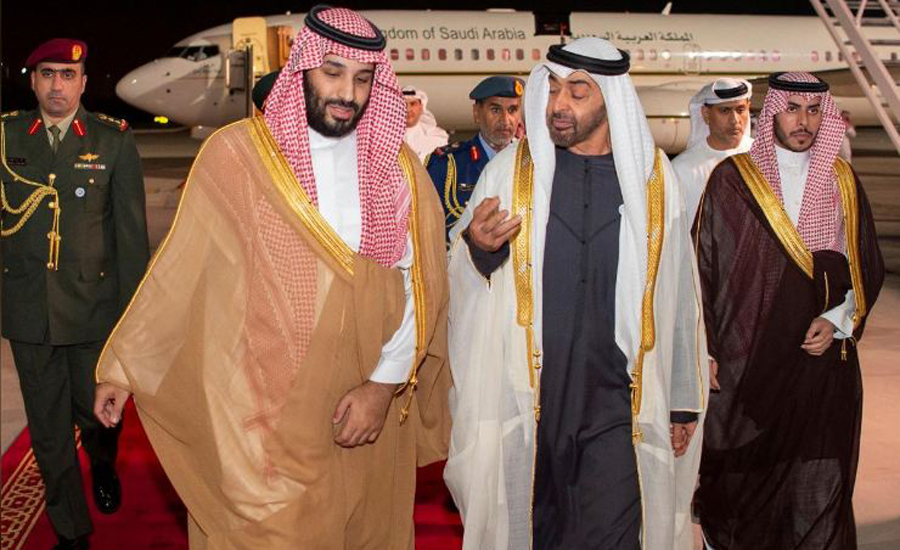 ABU DHABI (Reuters) - Saudi Arabia’s Crown Prince Mohammed bin Salman visited in the United Arab Emirates on Thursday at the start of a tour of several Arab countries, his first trip abroad since the murder of journalist Jamal Khashoggi that caused a global outcry. Prince Mohammed was greeted upon his arrival in the neighbouring UAE by Abu Dhabi Crown Prince Sheikh Mohammed bin Zayed al-Nayhan, a close ally of MbS. “We’re proud of our deep-rooted ties. Close cooperation and a fruitful partnership lies in store for our countries. The UAE will always be a loving and supportive home for our brothers in Saudi Arabia,” Sheikh Mohammed bin Zayed said in a Twitter post. The prince, the country’s de facto ruler, is also expected to participate in a G20 meeting in Buenos Aires at the end of the month which will be attended by leaders from the United States, Turkey and European countries. The killing of Khashoggi, a Washington Post columnist and a critic of the crown prince, at Riyadh’s consulate in Istanbul six weeks ago has strained Saudi Arabia’s ties with the West and battered Prince Mohammed’s image abroad. King Salman asked his chosen heir, known in the West as MbS, to conduct the tour “based on his keenness to deepen the kingdom’s ties regionally and internationally”, the Saudi Press Agency reported. Tunisian newspaper, Business News, said he is expected to visit Tunisia on Tuesday. Saudi Arabia has said the prince had no prior knowledge of the murder of the prominent Saudi journalist. After offering numerous contradictory explanations, Riyadh said last week Khashoggi had been killed and his body dismembered when negotiations to persuade him to return to Saudi Arabia failed. Turkey’s President Tayyip Erdogan has said the killing was ordered by the highest level of Saudi leadership but probably not from King Salman, putting the spotlight instead on the 33-year-old crown prince. US President Donald Trump said on Tuesday Washington would remain a “steadfast partner” of Saudi Arabia despite saying that Prince Mohammed may have known about the plan to murder Khashoggi.