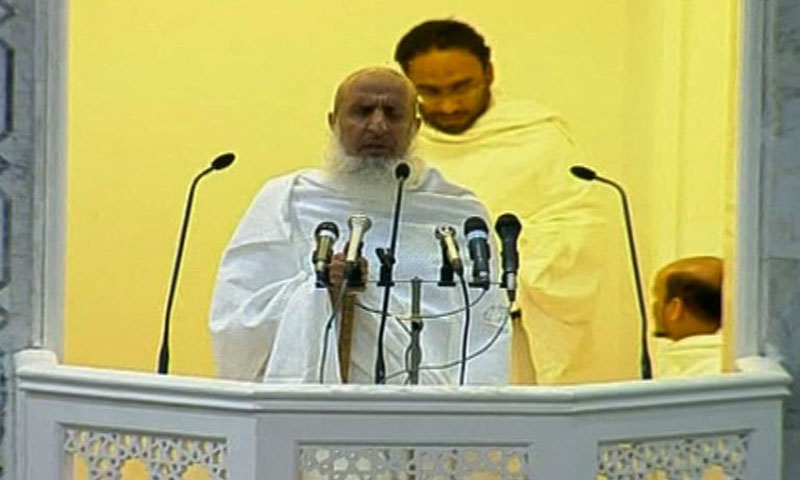 MOUNT ARAFAT (92 News) – Saudi Grand Mufti Sheikh Abdul Aziz Bin Abdullah delivered Hajj sermon in Masjid-e-Nimra at Mount Arafat on Wednesday, saying Daesh is a misleading group. delivering Hajj sermon from Masjid-e-Nimra at Maidan-e-Arafat where over two million pilgrims have converged to perform the main ritual of Hajj, Waqooq Arafat, he urged Muslims to rise against ‘misguided’ elements, shun evil deeds and strengthen their relations with almighty ALLAH. He cautioned Muslims against those who are misusing the name of Islam and indulging in sabotage and terrorist activities. They have not spared even mosques and peaceful citizens. He said these elements have gone astray and are strengthening hands of enemies of Islam. They are disfiguring the image of Islam and serving the cause of its enemies. He urged rulers of Islamic world to take care of needs of their people and concentrate on efforts to promote unity in the ranks of Ummah. He specially addressed the youth and said they should not listen to those who are spreading anarchy. Instead, they should direct their energies towards constructive pursuits and spread the true message of Islam. He said that the some organizations wants mislead Muslims. He asked Muslims in distress all over the world to demonstrate patience and perseverance and time is not far off when their difficulties would be over.