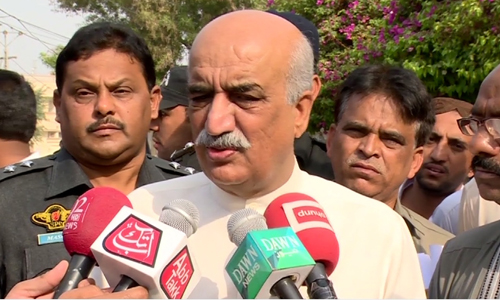 SUKKHER (92 News) – Leader of Opposition in National Assembly Khurshid Shah has said that the Parliament and Opposition are on the same page regarding Saudi Arabia issue. However, every problem should be resolved through political discussions and not violence. Talking to media on Saturday, Khurshid Shah said that PPP founder Zulfiqar Ali Bhutto laid foundation of relations with Saudi Arabia’s King Faisal on very friendly terms. “Unity and solidarity mark Pakistan’s relations with Saudi Arabia,” he said. He said that serious and immediate efforts by the government are required to evacuate and bring back Pakistanis trapped in Yemen.