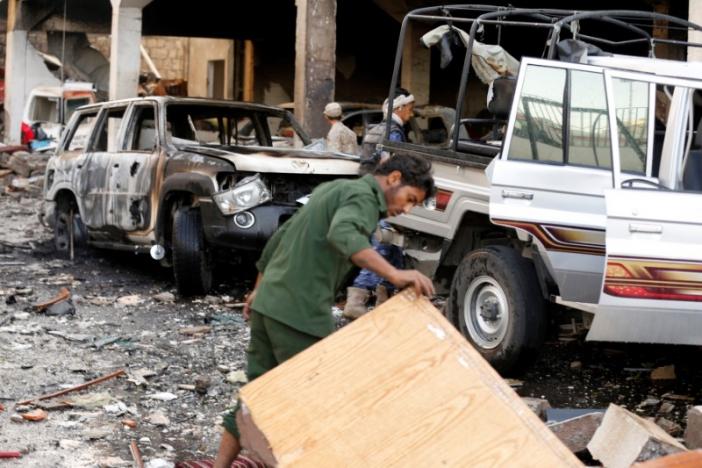 SANAA – An air strike by the Saudi-led coalition on mourners in Sanaa on Saturday killed at least 82 people, the acting health minister in the Houthi-led administration in the Yemeni capital said. Ghazi Ismail told a news conference in Sanaa the number of people wounded in the attack was 534. –Reuters