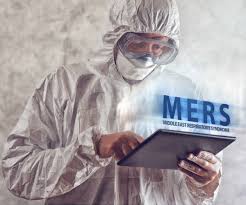 GENEVA (Reuters) - Outbreaks of the deadly Middle East Respiratory Syndrome (MERS) killed 23 people in Saudi Arabia between Jan. 21 and May 31 this year, the World Health Organization said on Monday. The deaths were among 75 laboratory-confirmed cases of MERS coronavirus (MERS-CoV) during the period, the WHO said, and take the total number of deaths from the disease to 790 since it was first diagnosed in humans in 2012. The latest figures take the number of confirmed cases to 2,220 since September 2012, including 1,844 from Saudi Arabia. One outbreak in February hit a private hospital in Hafer Albatin region, where the patient passed the disease to three health workers. There was another cluster of six cases in a hospital in Riyadh in the same month, although no health care workers were infected. Two other clusters affected households in Jeddah and Najran. MERS-CoV is a member of a virus family ranging from the common cold to Severe Acute Respiratory Syndrome. It appears to have emerged in humans in Saudi Arabia in 2012, although it has been traced in camels, the source of the infection, back to at least 1983. The disease is hard to spot, partly because it often infects people with an underlying condition such as diabetes, renal failure or chronic lung disease. But it kills one in three sufferers, and hospital workers are at risk unless extreme caution is taken to identify MERS sufferers early and to protect healthcare workers from infection via airborne droplets such as from coughs and sneezes. Susceptible people should avoid contact with suspected cases and with camels, and anyone who has contact with animals should wash their hands before and afterwards, the WHO said. Everyone should avoid drinking raw camel milk or camel urine, or eating undercooked meat. Three MERS cases have been reported this year outside Saudi Arabia. Oman and the United Arab Emirates each reported a case, while in Malaysia a man fell ill after drinking unpasteurized camel milk during a pilgrimage to Saudi Arabia.