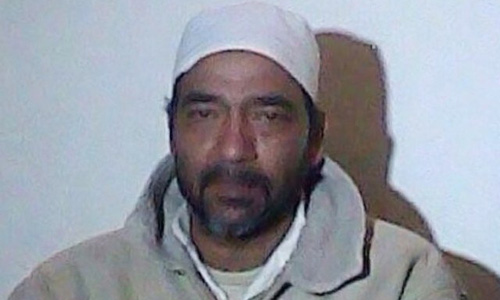 *Says Azeem Tariq, KESC director were murdered on Altaf Hussain’s order KARACHI (92 News) – The hanging of Saulat Mirza was postponed at the eleventh hours after the release of a video in which he said that he had murdered Azeem Tariq and KESC Managing Director Shahid Hamid on the order of MQM chief Altaf Hussain. The decision was taken by President Mamnoon Hussain on the request of the Interior Ministry. In the video, Saulat revealed that he had received the order from the residence of Babar Ghauri, saying the orders were given on telephone by the party chief himself. He alleged that people whom the party wanted to save from police torture are provided protection in police stations through Governor Ishratul Ebad Khan. “Even during the PPP government, I was facilitated in jail and allowed to meet family members in separate rooms.” Mirza, in the video, claimed that Altaf would not let anyone to rise in the party, adding that the MQM chief ordered the murder of Azeem Tariq when he started rising within the party ranks. “Similarly, when former Karachi Mayor Mustafa Kamal started getting popular among masses, he was disgracefully thrown out of the party.” Mirza said that he was an example, appealing the party workers to take heed from his fate, of how he was used and then later discarded like ‘used tissue paper’.

Saulat, in the video, also appealed for postponement of his sentence for some days so that he may make some more disclosures.