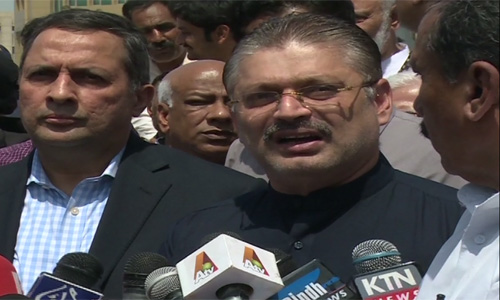 KARACHI (92 News) – Sindh Information Minister Sharjeel Memon has said the government will provide protection to the family of Saulat Mirza, saying that the MQM leaders should explain the allegations leveled by Saulat. Talking to the media on Thursday, he refuted the allegation against the PPP of providing facilities to prisoners in jail. “There are some officials in jail who do such job after receiving bribe.” Memon said that it was the PPP that sent Sault Mirza to Machh Jail. The minister alleged that Saulat Mirza and Ajmal Pahari had been getting illegal business done through gangsters in jail. He said that the PPP had taken action against Uzair Baloch. Sharjeel Memon also said that dialogues will continue with the political wing of the MQM. “We have nothing to do with the MQM’s criminal wing.”