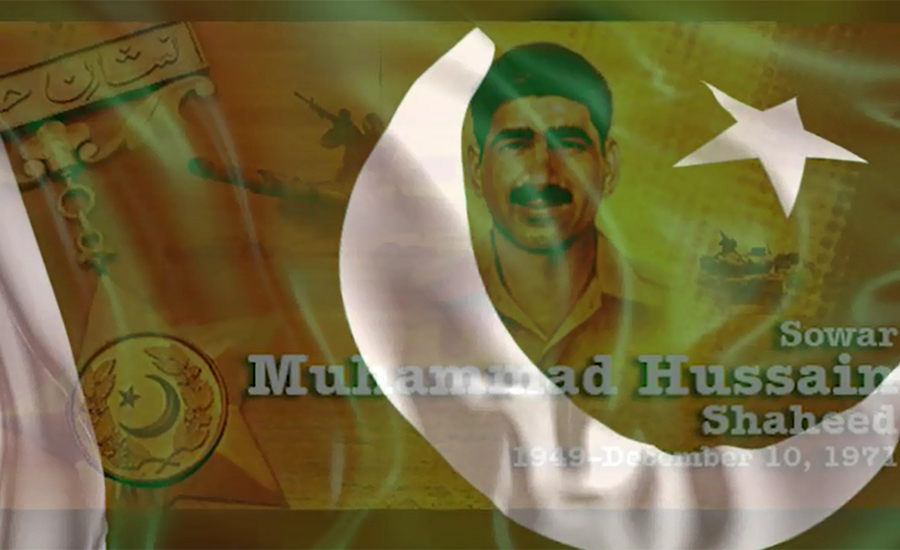 ISLAMABAD (92 News) – The 44th martyrdom anniversary of Sawar Muhammad Hussain, who won Nishan-e-Haider for his bravery, was remembered on his death anniversary on Sunday (today). Sawar Muhammad Hussain was born in Gujar Khan, Punjab, on November 18, 1949 and joined Pakistan Army as a driver on September 3, 1966 at a very young age of 17 years. While directing fire from recoilless rifles, he was hit in the chest by a burst of machine-gun fire and embraced martyrdom on 10 December 1971 in Shakargarh. Sawar Muhammad Hussain had the distinction of being the first Jawan (a rank of foot soldier in Pakistan Army) to be awarded the highest award Nishan-e-Haider for his gallantry, unmatchable.