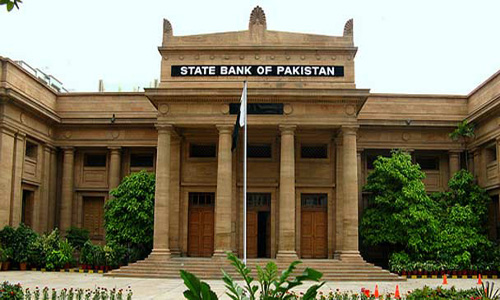 ISLAMABAD – The State Bank of Pakistan on Saturday announced the new monetary policy keeping the interest rate at an all time low since 13 years. It reduced its key discount rate to eight percent from 8.5 percent on Saturday, citing a continuing fall in inflation and an improving economy. Analysts had been hoping for a cut, following a drop in inflation triggered by lower oil prices, even though the SBP cut the rate by one percentage point at its last meeting in January. "An increasing number of economic indicators in the current fiscal year have moved in a favourable direction," the SBP said in a statement. "Headline consumer price inflation continues to follow a downward trajectory and is expected to be well below the annual target of eight percent." It projected an inflation rate of between 4 and 5 percent for the full calendar year. "At the same time, GDP growth is on course to surpass the FY14 outcome. Owing to recent foreign exchange inflows and lower oil price, the external sector outlook continues to improve," he said. –Reuters