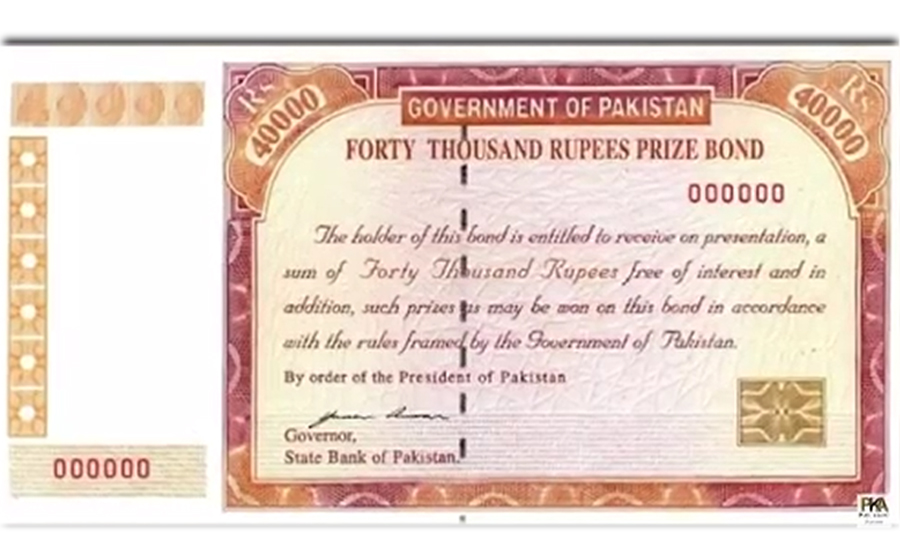 Karachi (92 News) – The State Bank of Pakistan (SBP) has directed all the banks to ban the sale of unregistered Rs40,000 Prize Bonds from today (Tuesday, June 24). The expiry date for enchantments of these bonds is March 31, 2020 after that the bonds will become useless since they would no longer be included in draws. According to the SBP, the bonds would be converted into Rs40,000 Premium Prize Bonds and they can also be converted into saving certificates. On Saturday, Federal Board of Revenue (FBR) Chairman Shabbar Zaidi said all the prize bonds worth Rs40,000 would be registered till 2020 as it was mandatory. The unregistered prize bonds would be considered useless if not registered, he said talking to a private news channel. The chairman said the prize bonds of Rs 948 billion were still unregistered in the country and hectic efforts were being made to register them. Terming holding unregistered prize bonds as an unlawful act, he said it was imperative for the prize bonds holders to register them forthwith. The government on Thursday offered relaxation to the bearers of Rs40,000 denomination prize bonds, allowing the investors to register their unregistered bonds up to March 31, 2020.

Earlier, Shabbar Zaidi has warned sales tax defaulters of stern action if they did not clear their accounts till June 30. Addressing a press conference on Wednesday, he asked the defaulters to pay two percent tax to get them registered under the Asset Declaration Scheme by June this year. He also announced to introduce a tax system on the consumption of gas and electricity. “There are 341,000 electricity and 7,000 gas industrial consumers, but only 38,000 industrial units are registered in sales tax.” Shabbar Zaidi said that the government wants to facilitate the business community while enhancing the tax net. FBR Chairman Shabbar Zaidi said that they would first bring the industrial consumers and then commercial in the tax net. “No change has been made in one-day notice to freeze an account,” he declared.