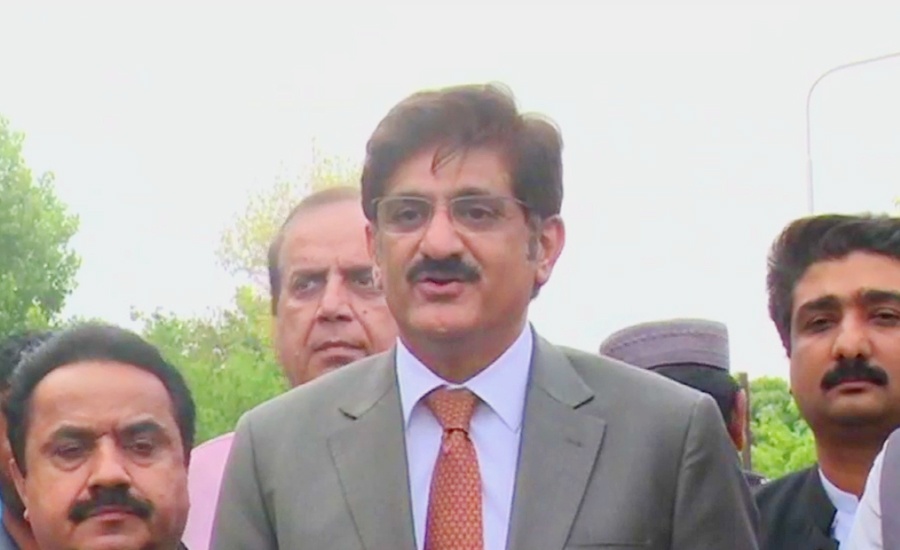 ISLAMABAD (92 News) – The Supreme Court accepted a review petition for hearing seeking disqualification of Sindh Chief Minister (CM) Murad Ali Shah. A three-judge bench of the top court headed by Justice Shaikh Azmat Saeed, granted a review petition with 2-1 split verdict. Two judges Justice Azmat Saeed and Justice Ijazul Ahsan approved the plea for hearing while Justice Umar Atta Bandial rejected the plea. The court issued notice to Murad Ali Shah for the case. Lawyer Hamid Ali Khan said that Murad Ali Shah submitted fake affidavit during the election of 2013. In his plea, petitioner Roshan Ali Buriro said that Murad Ali Shah, while concealing his UAE work permit and lying in front of the electoral body during 2013 general elections, is no more truthful and honest, thus he should be declared disqualified. Earlier on Jan 23, the apex court dismissed a plea seeking disqualification of Sindh Chief Minister Syed Murad Ali Shah.  A three-member bench headed by Justice Umar Atta Bandial heard the plea. The plea was filed on the basis of dual nationality and ‘Iqama’. The returning officer had also dismissed the plea for disqualification of Syed Murad Ali Shah. Justice Muneeb Akhtar observed that the petitioner has not challenged the order of the returning officer at the legal forum. “Why did the petitioner file the petition despite having a proper forum?. It does not happen that a petition is filed to remove a man from a designation suddenly,” he observed. The court observed that the petitioner is a political rival of Murad Ali Shah. “The dismissal of the petition in the High Court is justified,” he added. Petitioner Roshan Ali Buriro had moved his appeal through his council Hamid Khan and Ajmal Toor. The appeal requested the SCP to set aside the SHC verdict and disqualify the Sindh CM as a member of the Sindh Assembly. The petitioner contended that Murad Ali Shah held the office of Sindh CM despite the fact that he possessed a foreign nationality. According to Roshan Buriro, CM Murad Ali Shah resigned as a member of Sindh Assembly when the members of national and provincial assemblies were directed to submit their affidavits for confirmation that they did not possess dual nationality. The petitioner alleged that CM resigned in order to evade the process which could have resulted in his disqualification, return of monetary benefits obtained as a member of provincial assembly (MPA) and criminal proceedings for false swearing of declaration. He further claimed that the SHC dismissed his petition purely on technical grounds instead of merits of case. He claimed that CM Murad Ali Shah hid his dual nationality from the authorities and signed a false declaration regarding the status of his nationality. According to Buriro, every citizen is required to disclose to the state officials as well as the electorate the matter of possessing nationality of another state.