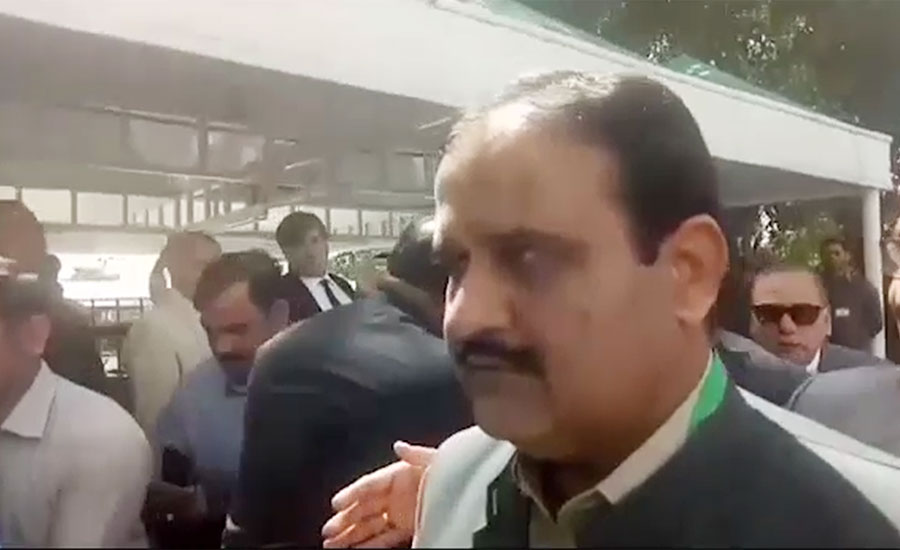 ISLAMABAD (92 News) – The Supreme Court on Monday accepted the apologies of Punjab Chief Minister Usman Buzdar, former Punjab inspector general of police Kaleem Imam and Ahsan Jamil Gujjar in Pakpattan DPO transfer case. A three-member bench headed by Chief Justice of Pakistan Justice Mian Saqib Nisar heard a suo motu notice of former Pakpattan District Police Officer (DPO) Rizwan Gondal transfer following an alleged altercation with Khawar Maneka, the former husband of Prime Minister Imran Khan’s wife. The top court dismissed suo moto notice and warned all the respondents for avoiding political meddling in government affairs next time. However, the court also accepted the unconditional apology of all the respondents and also ended the action or case against Usman Buzdar, Kaleem Imam and Ahsan Jamil Gujjar. Earlier today, as resumed hearing, the chief justice expressed anger on the written apology of the Punjab chief minister. The CJP remarked that he surprised to read the reply of Usman Buzdar, asking that can a chief minister give such reply. Justice Nisar also asked that the chief minister should bend in front of law and order, adding that he accused on the investigation officer. “What kind of language have you and Punjab CM used for Inquiry Officer Khaliq Dad Lak? You are writing this for an excellent officer,” Justice Nisar said while addressing the Punjab advocate general. “The prime minister has said that Usman Buzdar will continue as the Punjab CM till the Pakistan Tehreek-e-Insaf (PTI) is in power. Let the court make it clear; Buzdar will continue as CM only if the court orders the same,” Justice Nisar said. Further, the top judge expressed his displeasure as the respondents had not expressed regret on their actions. In response, former Punjab inspector general of police (IGP) Kaleem Imam expressed regret and sought the court's forgiveness. “I am sorry for my mistake and leave myself on the mercy of the court,” Imam said. Responding to Imam's apology, Justice Nisar directed both him, the Punjab CM and Jamil to submit a written apology to the court. “Use strong words to seek forgiveness,” the chief justice advised. The Punjab CM along with Jamil and Imam took back their responses to Lak's report. “Is this the government that wants to create naya [new] Pakistan?” the chief justice remarked. All respondents then left the court premises to prepare their written apologies. Later, the respondents submitted written apologies which were accepted by the Supreme Court.  Accepting the apologies, the bench warned all respondents that the case would be reopened if similar complaints would be received by the apex court in the future.