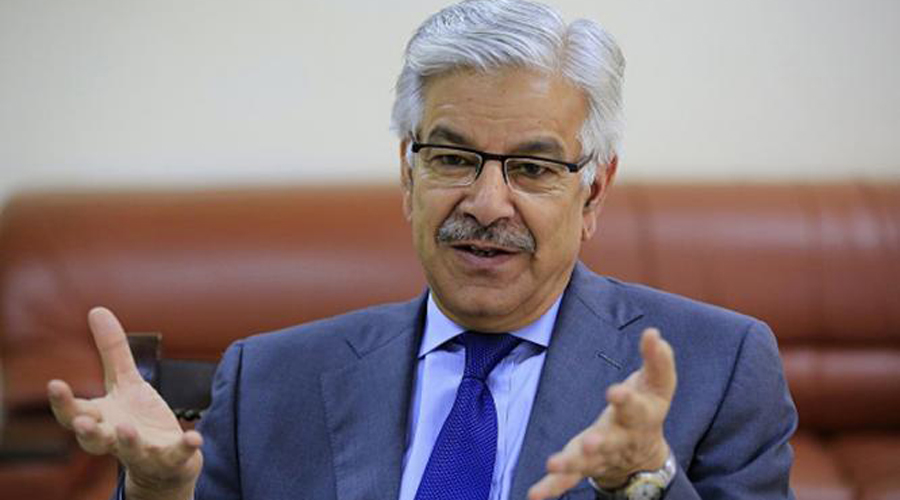 ISLAMABAD (92 News) - The Supreme Court of Pakistan on Friday declared Pakistan Muslim League-Nawaz (PML-N) stalwart Khawaja Asif's disqualification for life null and void. A three-member bench headed by Justice Umar Ata Bandial heard the case. The ruling over Asif's review petition against his disqualification by the Islamabad High Court (IHC) would allow him to contest the upcoming general election. Former foreign minister stalwart Khawaja Asif had filed a petition in the apex court challenging his April 27 disqualification by the Islamabad High Court (IHC). Advocate Sikander Bashir Mohmand, representing Pakistan Tehreek-e-Insaf leader Mohammad Usman Dar, remarked that a record of Asif's stint in the federal cabinet has been submitted to the court. During the hearing on Thursday, the Supreme Court had observed that it would unfair to destroy the career of a parliamentarian because he failed to quantify his assets, though he disclosed their source under the relevant law. Justice Umer Ata Bandial, while heading the bench, had observed that disclosing foreign salary by the petitioner (Khawaja Asif) is sufficient, adding that it was not fair to destroy anyone’s career. The court questioned as to whether Khawaja Asif had disclosed in his nomination papers, a salary of AED9000. Sikandar Bashir Mohmand, counsel for Usman Dar, responded that he did mention AED9000 but mentioned zero in next box of the nomination paper. Justice Umer Ata Bandial remarked that the issue before the court pertained to disqualification under Article 62(1)(f). Earlier on April 27, Asif was disqualified by the IHC under Article 62 (1)(f) of the Constitution for failing to disclose his employment in a UAE company and the monthly salary he was receiving.