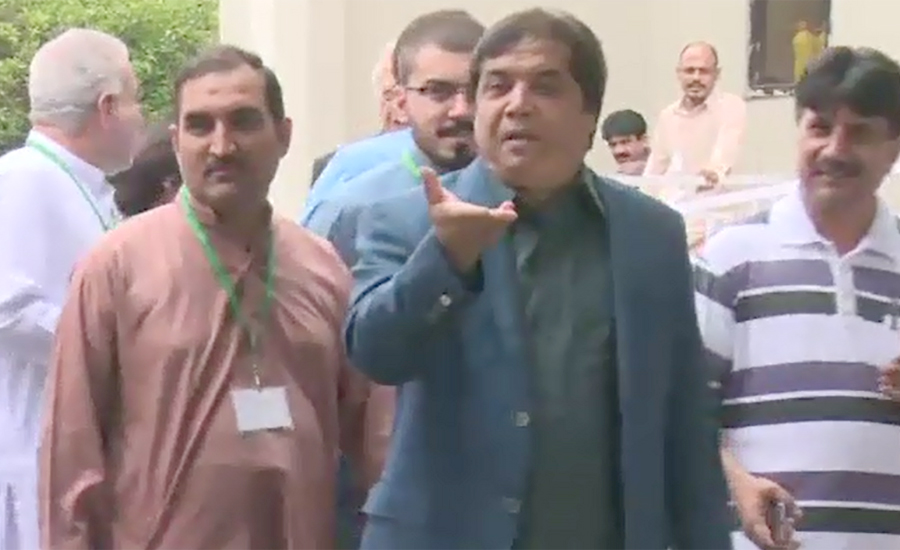 ISLAMABAD (92 News) – The Supreme Court of Pakistan has dismissed the Hanif Abbasi’s plea against the speedy trial of the Ephedrine case. A two-member bench led by Justice Sheikh Azmat Saeed heard the plea. Hearing the plea, Justice Sheikh Azmat Saeed remarked that the petitioner should move the Lahore High Court Rawalpindi Bench if he has objection to its order. The court upheld the LHC Rawalpindi Bench verdict that had ordered that the narcotics smuggling trial against Abbasi be concluded on July 21. LHC Justice Abdul Rehman Lodhi, while hearing a petition filed by Shahid Orakzai, had also ruled that daily proceedings in the case take place from July 16 onwards. Abbasi, who is contesting the upcoming election from NA-60, Rawalpindi, faces charges of misusing 500kg of the controlled chemical ephedrine which he obtained for his company, Gray Pharmaceutical, in 2010. The Anti-Narcotics Force (ANF) had registered a case against Abbasi and his accomplices in June 2012 under various sections of the CNS Act. ANF officials claim the substance was sold by Abbasi to narcotics smugglers who used it to make 'party drugs'. The trial has been ongoing in a Control of Narcotics Substances (CNS) Court in Rawalpindi. Abbasi and the other accused, including his brother, were indicted in 2014 by the CNS Court. Abbasi, a former MNA from Rawalpindi, is expected to have a tough electoral contest on July 25 with AML chief Sheikh Rasheed.