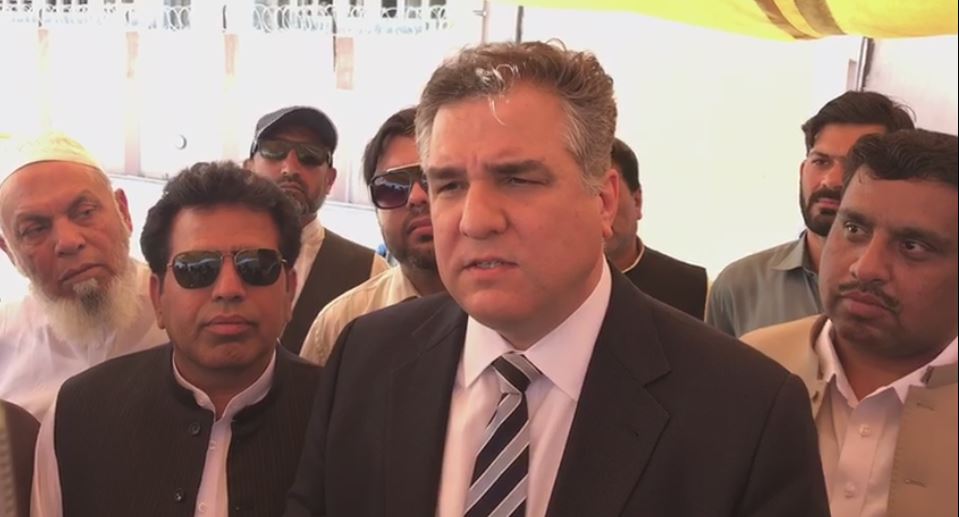 ISLAMABAD (92 News) – The Supreme Court (SC) on Thursday has declared former Privatization Minister Daniyal Aziz ineligible to contest elections for five years after finding him guilty of contempt of court case. A three-member bench, headed by Justice Gulzar Ahmed, convened to announce the verdict, Justice Mushir Alam, who was part of the original bench, was given the verdict for reading out. The Supreme Court disqualified PML-N leader Daniyal Aziz in contempt of court case. The court ruled that Daniyal Aziz committed contempt of court and Aziz was imprisoned until the court was dismissed. The punishment was given to the former minister under Article 204 of the Contempt of Court Ordinance,2003 of the constitution. A contempt conviction also leads to automatic disqualification from Parliament for five years and thus Aziz will be unable to contest the upcoming general election. The verdict mentioned that Aziz humiliated and scandalized the courts and judges and this act comes in the contempt of the court. The strict security measures were taken around the court in light of the verdict. A three-member bench of SC announced the verdict against Aziz in courtroom no.3. Earlier, The top court of country had issued a show-cause notice to Aziz on February 19, after a contempt of court notice was sent to him on February 2 over his controversial speeches and statements made during private TV channel's shows. SC to announce verdict in Daniyal Aziz contempt case tomorrow Aziz was indicted on contempt charges by the apex court on March 13. The SC had reserved its decision in the case on May 3 after both the sides completed their arguments. Daniyal Aziz has been awarded a Pakistan Muslim League-Nawaz ticket to contest the July 25 general election from NA-77, Narowal-I. At the last hearing of the case on May 3, when the decision was reserved, prosecutor Rana Waqar had argued that Aziz's remarks were an attack on the system of justice. Waqar had informed the bench that Aziz had termed scripted Pakistan Tehreek-e-Insaf leaders' Imran Khan’s acquittal and Jahangir Tareen’s disqualification by the apex court and stated that the monitoring judge of the Supreme Court orchestrated the corruption references against Nawaz and his family. Aziz had also produced witnesses in his defence during the trial and was represented by senior lawyer Ali Raza. "If the court’s authority is eroded that what will be left," Justice Sheikh, had wondered. During an earlier hearing, Justice Sheikh had assured: “The trial will be transparent as per the constitution.”