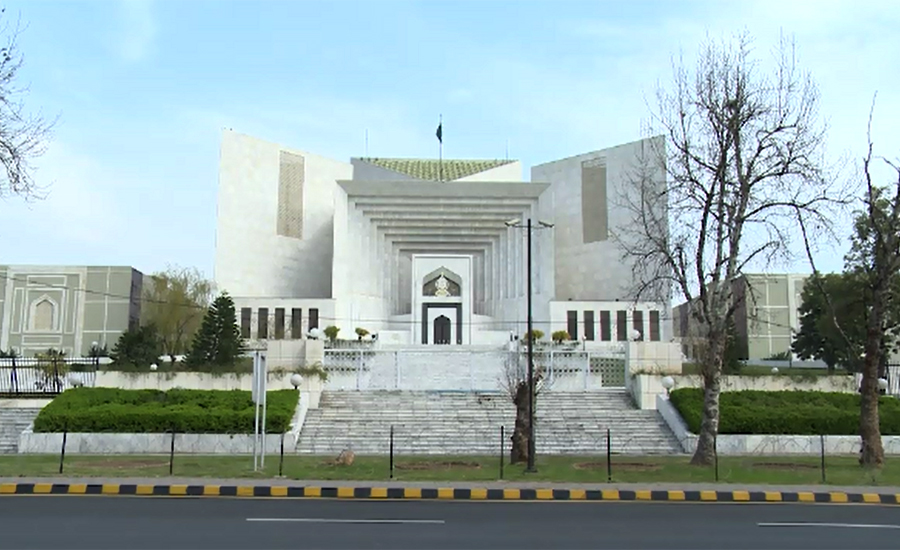 ISLAMABAD (92 News) – A Supreme Court bench hearing the Faizabad sit-in case has expressed dissatisfaction on Monday with the report submitted by an intelligence agency. The judges also resented the failure of the Pakistan Electronic Media Regulatory Authority to submitting a report. A two-member bench of the court, headed by Justice Qazi Faez Isa, took up the suo motu hearing with regard to the sit-in at Faizabad. The court asked the deputy attorney general, who submitted the report on behalf of the agency, how he could be satisfied with such a report. Justice Isa remarked that the report was silent on whether Rizvi was a businessman or a salaried person. DAG Sohail Mehmood said Rizvi was a cleric. Justice Isa asked if he was paid a salary and whether or not he was a taxpayer. Justice Isa remarked that the Ministry of Defence was accountable to the people. He said that reading of the report had left him worried. “Rizvi destroyed property worth billions of rupees and yet no one knows what he does,” Justice Isa remarked. The judges resented the failure of the PEMRA to submit a report in 10 days. The court also resented the Intelligence Bureau's submission of report the report directly. The judges asked the Attorney General's Office what steps had been taken to prevent spread of extremism through social media. The hearing was then adjourned for two weeks. Meanwhile, a final challan was not produced against Khadim Hussain Rizvi and Pir Afzal Qadri in the anti-terrorism court seized of the matter. The court gave police until April 4 to submit the challan.