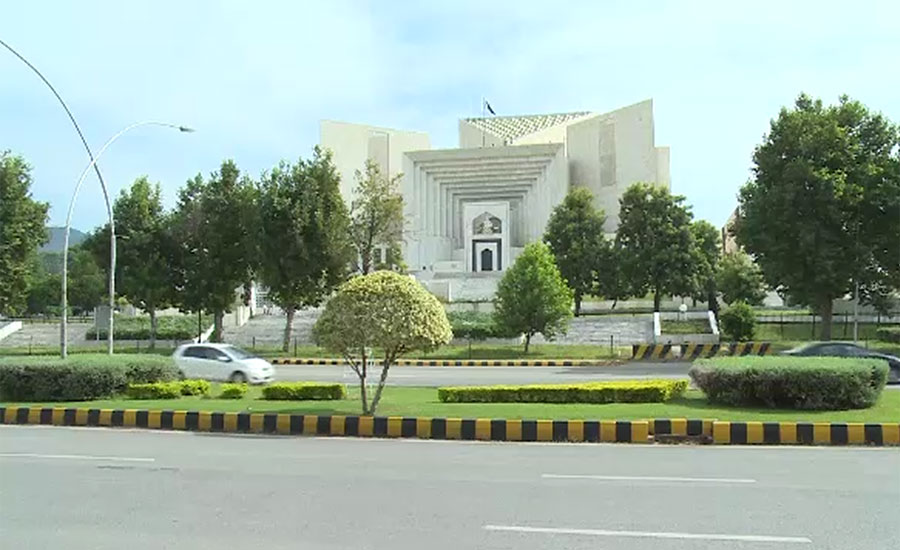 ISLAMABAD (92 News) – The Supreme Court (SC) on Monday formed a larger bench to determine the exact length for a life sentence. A three-judge bench, headed by Chief Justice (CJ) Asif Saeed Khosa, took notice of the issue while hearing a petition to reduce a convict’s life sentence into half. The SC issued notices to the attorney general, provincial advocate generals and prosecutor general. The court also ordered for the registrar office to fix the matter for hearing in the first week of October. Haroonul Rashid was sentenced to life imprisonment 12 times in 12 different cases of murder. He has been in jail since 1997 and has served a 22-year sentence, Rashid's lawyer told the court while adding that the court had allowed for the 12 sentences to be served concurrently. "Is it not a misconception that a life sentence spans over 25 years?” the chief justice asked. “When we don’t know how long a person is going to live, how can we halve a life sentence,” he added. “I had been waiting for a long time for a case where we could determine the span of a life sentence. In a jail sentence, days and nights are both counted. In this manner, a convict comes out within five years. “It is time that we clear up these major misconceptions and figure out the span of a life sentence. It is a matter of public interest.” The bench will take up the matter in the first week of October and will aim to settle ambiguity in the law with regards to the span of life imprisonment. Section 57 of the Pakistan Penal Code [fractions of terms of punishment] states, “In calculating fractions of terms of punishment, imprisonment for life shall be reckoned as equivalent to imprisonment for twenty-five years.”