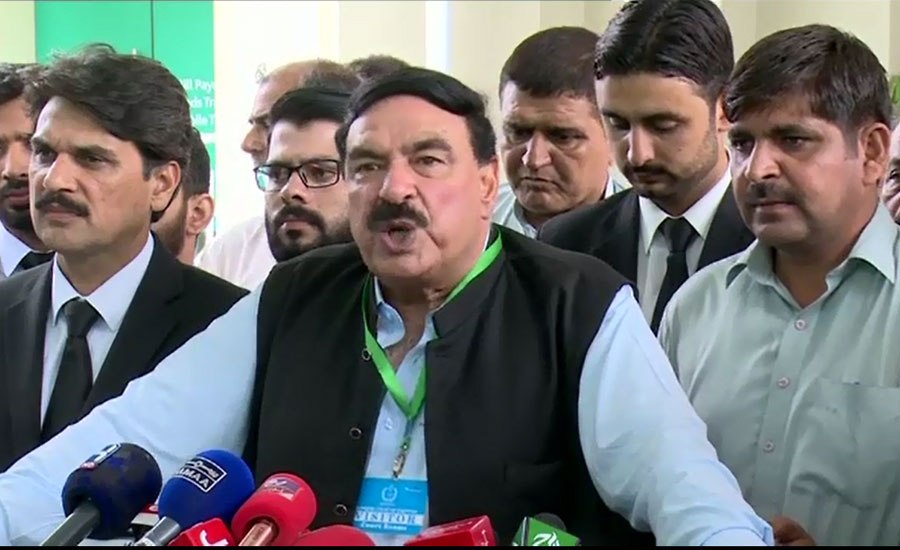 ISLAMABAD (92 News) – The Supreme Court Wednesday declared the Election Commission of Pakistan's (ECP) verdict, to postpone the election on Rawalpindi’s NA-60 seat, null and void. The apex-court heard Awami Muslim League (AML) chief Sheikh Rasheed’s plea against the delay in the NA-60 election. The SC ordered the election regulatory body to conduct a by-election in Rawalpindi's NA-60. Earlier, the ECP had postponed the polls on the Rawalpindi seat after a high court disqualified PML-N leader Hanif Abbasi, a contender for NA-60, from contesting the elections. The top court ruled that the election process will begin from scratch in NA-60. During the hearing, Rasheed said that he has forgotten what the ECP did to him, adding that he lauded Chief Justice Saqib Nisar’s efforts for holding the election at a time when no one thought they would be held on time. “People say that I have sided with Sheikh Rasheed,” remarked the top judge, to which Rasheed replied that the CJ has sided only with the people. Following the decision, the AML chief withdrew his petition against the delay in elections in the constituency. Speaking to journalists, he said that the nation wants change which can only be delivered by Imran Khan. “Khan’s victory is the win of the nation. Rashid Shafiq will contest election from our side in NA-60. One of my contenders was disqualified while the other withdrew in my support,” told Rashid. On July 22, the ECP postponed polling in the NA-60 constituency due to Pakistan Muslim League-Nawaz (PML-N) candidate Hanif Abbasi’s disqualification by the Control of Narcotics Substances (CNS) Court of Rawalpindi a day earlier.