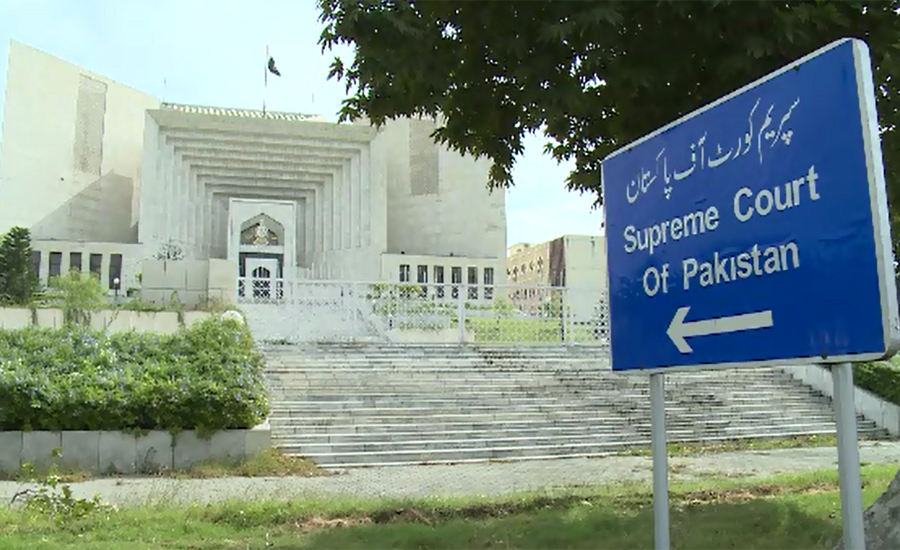 ISLAMABAD (92 News) – The Supreme Court on Monday referred the fake accounts case to the National Accountability Bureau (NAB). The court ordered to remove the name of Bilawal Bhutto from JIT report as well as the exit control list (ECL) in the fake accounts case. Chief Justice Mian Saqib Nisar, while hearing the case, also ordered to remove the name of Sindh Chief Minister Syed Murad Ali Shah from the ECL. “We will not let anyone to exploit the chief minister,” he said. The CJP remarked that cases can be formed up to Omni Group. He questioned the NAB why Malik Riaz was not arrested if there was sufficient material against him. “The NAB should investigate how billions of rupees were formed. The fake accounts case apparently pertains to politicians, Bahria Town and Omni Group,” he remarked. Chief Justice Mian Saqib Nisar questioned the counsels whether they want to say that Malik Riaz is an honest man. “The JIT is the beginning point. The case will have to be investigated really,” he said. He observed that the court is looking into the matter whether the case has to be sent to the NAB or not. The CJP remarked that the NAB should value the respect of the people. “The JIT should have summoned and questioned Sindh Chief Minister Syed Murad Ali Shah. The NAB forces the people to sit from dawn to dusk. The NAB chairman was from the apex court and I have talked to him about the matter. The NAB chairman has assured that it will not happen in future,” he said. He remarked that Bilawal Bhutto had been placed on the ECL just for point scoring. “What wrong the innocent Bilawal Bhutto has done by returning to the country? He is only forwarding the mission of his mother,” he remarked. The CJP, however, said that the NAB could summon Bilawal Bhutto and Murad Ali Shah. The JIT’s counsel has agreed to remove the name of Bilawal Bhutto from the JIT. He said that Omni Group had stated in the first reply that there is no fake account. The counsel contended that they would explain to court with regard to Bilawal. In a statement, the spokesperson for Bilawal Bhutto said that today’s verdict had ended credibility of the JIT. “The verdict has proved that the JIT was political-motivated and partial,” he said. He said that the SC had declared the JIT was based on dishonesty.