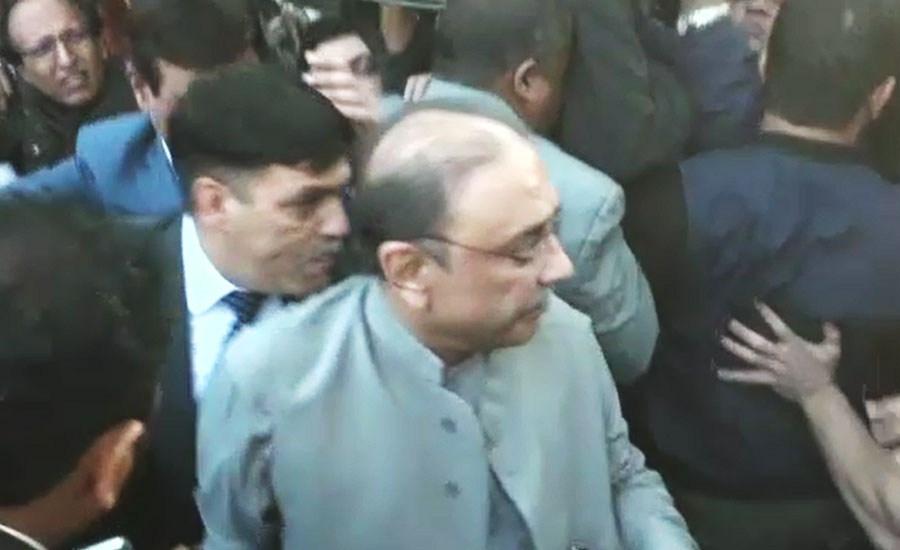 ISLAMABAD (92 News) – The Supreme Court (SC) on Wednesday returned a plea filed by Pakistan Tehreek-e-Insaf (PTI) leaders seeking disqualification of former president Asif Ali Zardari. As per details, the SC registrar raised objections on the petition of PTI leaders, saying that the petitioners did not approach the relevant forum to address their greviences. The registrar also said that despite presence of the forum the petitioners approached the top court. On Jan 21, PTI leaders Usman Dar and Khurram Sher Zaman have filed separate petitions in the SC against president Asif Zardari to seek his disqualification under Article 62(1)(f) of the constitution for concealing his assets. The petitions will seek the disqualification of former president forever. In the petitions, Asif Zardari had concealed assets worth billions of rupees. It also includes the detail of the apartment worth US$ 530,000 in Hatton Upper East, New York. The petitions also stated ownership of a parking lot in the posh area of New York. The property is worth millions of rupees, which has been disclosed so far. The petitioner has attached the tax receipts of the apartment till January 1, 2019. Earlier, PTI leader Sher Zaman Khan had filed a petition in the Election Commission of Pakistan (ECP). It stated that Asif Zardari had not mentioned his flat in the US in his assets. “After concealing the assets, Asif Zardari has not remained ‘Sadiq’ and ‘Amin’,” it said. The application was earlier addressed to the Election Commissioner. After the change, the reference was written to the Sindh Election Commission secretary. The application contained proofs of Asif Zardari’s ownership of a flat in the US.