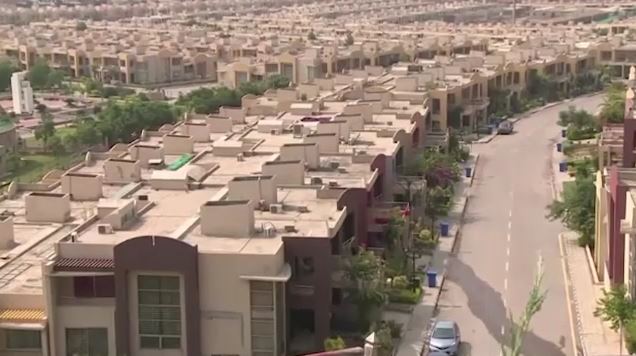 ISLAMABAD (92 News) – The Supreme Court on Tuesday sought a complete record of land allotments made to Bahria Town in Rawalpindi. A five-member larger bench of the apex court headed by Chief Justice of Pakistan (CJP) Mian Saqib Nisar Bahria Town’s review petition against the verdict. During the hearing, Bahria Town’s counsel Aitzaz Ahsan requested to submit further documents, to reply, the chief justice said that the application will be reviews after taking the arguments. “The Takht Pari land was government land,” the chief justice told Bahria Aitzaz Ahsan. "I should clarify that we will not allow even an inch of the land to be encroached. The court has stopped giving concessions.” Disagreeing on the total area of Takht Pari, Justice Ijazul Ahsan said that the area spans 2,210 acres but Ahsan arguing that the total area as per land records is 1,770 acres. Aitzaz Ahsan informed the court that the former chief minister took the decision on the summary. The chief justice wondered, remarking that what role the former Punjab CM and others played in the allotment was, recalling that the US president cannot allot a shack. “The forest land was given on the chief minister’s instructions,” he added. “270 Kanals land was allotted in name of name of Chaudhry Munir. How the land has been allotted to Saleh, Salik and Alia Shujaat,” the CJP asked. The chief justice also highlighted the impact that the encroachment had had on the environment. “10,000 trees were mowed down and an entire forest was demolished,” he said. “A mountain was also destroyed. Who will pay for this environmental loss?” Justice Asif Saeed Khosa said that the land was gifted to the sons of Chaudhry after initiating the plan. The court sought complete land allotment records of Bahria Town Rawalpindi and adjourned the hearing of case till December 3. Earlier on May 4, 2018, the top court had ruled against Bahria Town’s illegal procurement of land for its housing projects across the country. One of the land acquisition deals that the court had ruled against concerned an encroachment on forest land in the Takht Pari area near Islamabad.