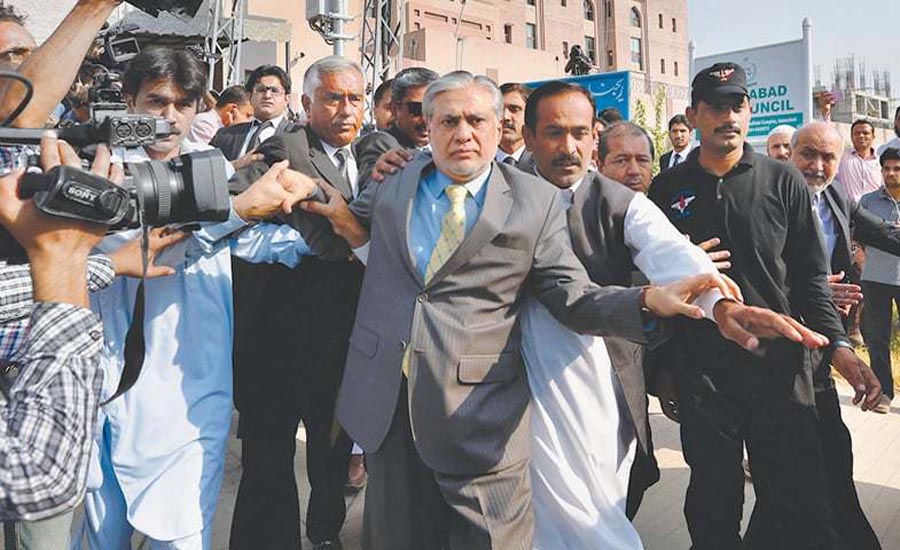 ISLAMABAD (92 News) – The Supreme Court of Pakistan has sought a progress report on the return of former finance minister Ishaq Dar to Pakistan within a month. A three-member bench of the Supreme Court headed by Chief Justice of Pakistan Justice Mian Saqib Nisar heard the case pertaining to Ishaq Dar’s return to the country. During the hearing, the additional attorney general informed the bench that the United Kingdom’s Home Department has sent questions regarding Dar’s return, adding that the questionnaire had been forwarded to NAB and the bureau would answer them. However, the anti-graft watchdog will submit its response to the UK high commission. “Ishaq Dar’s health issue is a lesser issue. He says that he won’t get justice,” remarked Chief Justice Saqib Nisar. “Dar says that he will return when he will get justice. I don’t know what sort of justice he expects,” the chief justice added. The top court instructed the NAB to submit its answers to the British High Commission and submit a report to the bench within a month. The hearing of the case was adjourned for a month. Earlier, Dar has been declared a proclaimed absconder by an accountability court over his failure to appear in a case pertaining to his assets ‘beyond income’. He has been asked to surrender his passport and that of his spouse; however, the couple failed to comply with the court orders. On July 14, a red warrant for the arrest of Ishaq Dar was issued.