ISLAMABAD (92 News) – The Supreme Court Monday issued notice to legal heirs of Air Chief Marshal (r) Asghar Khan, seeking their reply on Federal Investigation Agency (FIA) request to close Asghar Khan’s case due to insufficient evident. A two-member bench headed by Chief Justice Mian Saqib Nisar comprising Justice Ejazul Ahsan resumed hearing of the case regarding non-implementation of its October 19, 2012 judgment. During the course of proceedings, FIA director general appeared before the bench and recommended to close the inquiry as the agency could not find relevant records as the matter was 24-year old adding that witnesses’ testimonies also contained many gaps and did not match. He further informed the bench that the case was established on the basis of news clipping adding that the FIA had not enough evident that a criminal proceeding could proceed. The FIA DG said the witnesses had also changed their statements during investigation, moreover, no record of bank transactions could be found. Therefore, he asked the top court to close the Asghar Khan case. Subsequently, the court issued notices to Asghar Khan’s legal heirs and adjourned the hearing till next week. – SC to hold in-camera hearing in Memogate case – 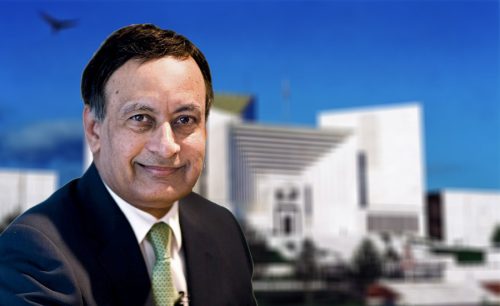 The apex court accepted request of Ahmer Bilal Soofi, an amicus curiae to hold in-camera proceedings of the case in-connection with the Memogate scandal. A two-judge bench headed by Chief justice Mian Saqib Nisar comprising Justice Ejaz Ul Ahsan resumed the hearing. The chief justice asked regarding the development on former envoy to USA Hussain Haqqani’s return to the country. Soofi, responded that the developments had been made, however, he would inform the court in an in-camera hearing due to sensitivity of the case. The court accepted the amicus’ application to hold an in-camera proceedings in the case and adjourned the hearing for an indefinite period. The apex court in February issued warrants for the arrest of former ambassador to the United States Hussain Haqqani in the Memogate case.