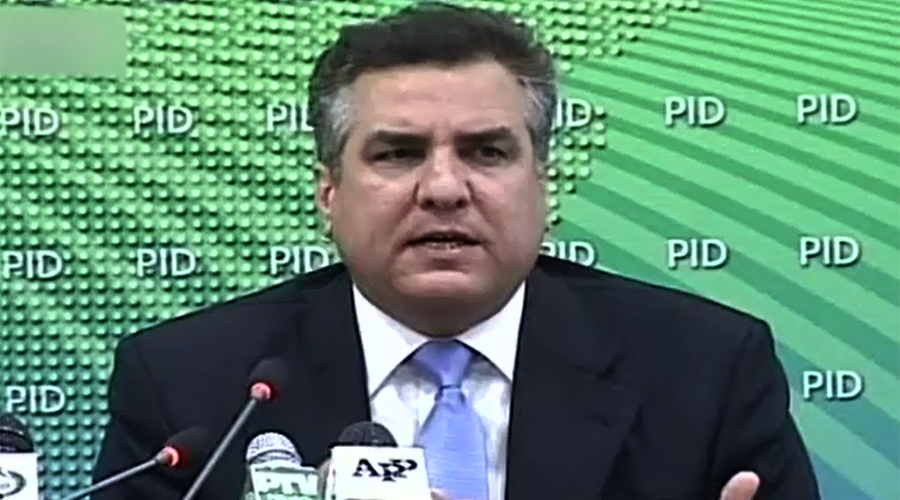 ISLAMABAD (92 News) – The Supreme Court will announce verdict on anti-judiciary speeches by PML-N leader Daniyal Aziz on Thursday. The three-member bench headed by Justice Azmat Saeed will announce the verdict. The court had reserved the verdict on May 3. Chief Justice of Pakistan Justice Saqib Nisar had taken notice of the ‘contemptuous speeches’ of Daniyal Aziz and summoned him on February 7. The SC had served Aziz a contempt of court notice in February for an "anti-judiciary" speech. However, the court had not specified which speech had caught the judges' attention. Before the court reserved its verdict, prosecution lawyer Rana Waqar recounted the events of the case. Wrapping up his closing arguments, Waqar said, "There is a limit to freedom of speech." Aziz's lawyer Ali Raza, on the other hand, stated the position the defendant had taken throughout the case. He said that the complete video which contains comments was not presented in court, and asked why the maker of the video was not brought to court as a witness. "The video was from a private meeting, thus there is no contempt of court case to be made against my client," Raza said during his closing arguments. Following last year's Panama Papers judgement in which Nawaz Sharif was disqualified, members of the ruling party, including Aziz — on a number of occasions — had launched unprecedented verbal attacks on the judiciary, accusing it of having "different standards" for the former prime minister. In a December 15 speech, Aziz had claimed that the purpose of disqualifying Pakistan Tehreek-i-Insaf (PTI) leader Jahangir Tareen was to save Imran Khan, the court said. Aziz in this speech, while referring to the disqualification of Nawaz Sharif and Khan's receiving a 'clean chit', claimed that the court's verdict pointed towards political engineering. "This is all being done according to a script," Aziz had said in the clip. On December 20, a few days after the apex court cleared Imran Khan in a disqualification case, Aziz, on the floor of the National Assembly, had recounted the entire history of the Panama Papers case and questioned the way the courts had conducted the matter. A third claim made by Aziz against Justice Ijazul Ahsan on Dec 31 was also highlighted by the court in the charges framed against the PML-N leader.