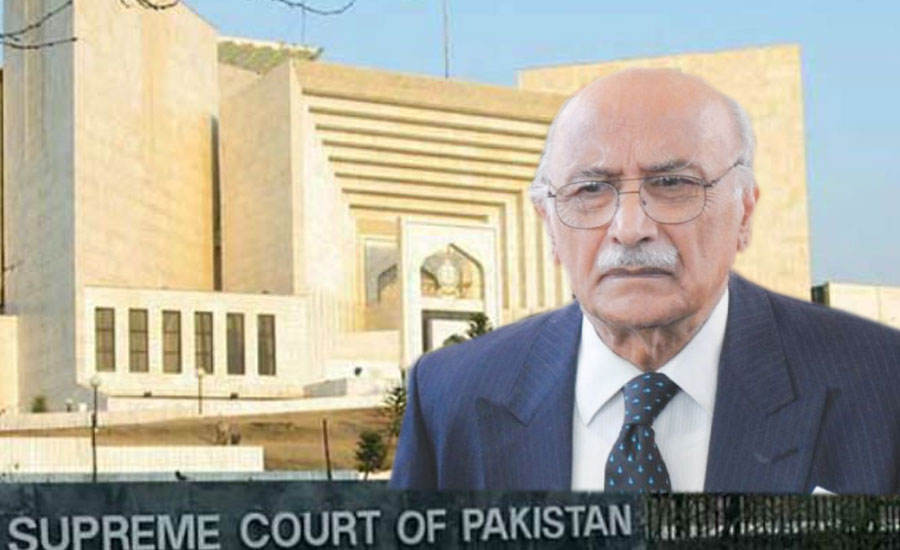 ISLAMABAD (92 News) – A three-member bench headed by Justice Gulzar Ahmed will hear the Asghar Khan implementation case on February 11. The Federal Investigation Agency (FIA) will present the progress report on the case. Notices have been issued to the attorney general, the DG FIA and all parties in this regard. During the last hearing on January 11, former chief justice Justice Saqib Nisar had ordered to continue the Asghar Khan case. The chief justice decided not to close case filed by late air Chief Marshal Asghar Khan, rejecting the FIA’s recommendation to close the file for lack of evidence. The top judge had remarked that the FIA’s mandate was a criminal investigation and that it had to investigate the 10 politicians named in the case. “The court will not waste the efforts of Asghar Khan. We will seek reply from the FIA and cabinet,” he said. FIA Director General Bashir Memon had informed the court that six of 10 politicians involved in the Asghar Khan case had died. He said the others had refused to provide their written statements.

The case, filed in June 1996 by Air Marshal (retd) Asghar Khan, who passed away on January 5 this year, involved allegations that money was distributed by the ISI to politicians to create the Islami Jamhoori Ittehad and stop the PPP from coming into power in 1990. The air marshal had said an alliance of nine parties, including the PML-N, National Peoples Party and Jamaat-e-Islami, received money from the ISI before the 1990 elections. The funds were allegedly provided by Younus Habib, the then chief executive officer of Habib Bank Limited (HBL), which was a government-run bank at the time.