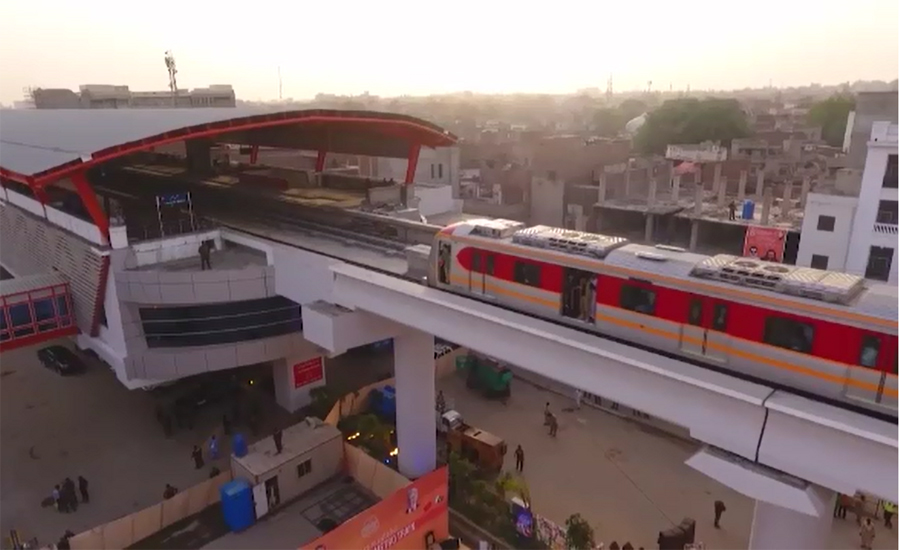 ISLAMABAD (92 News) – The Supreme Court will hear the Orange Line train project on June 13. The three-member bench comprising of Justice Azmat Saeed will hear the case. The court has issued notices to the Punjab government, Attorney General and Advocate General Punjab for the said date. On April 19, the Supreme Court had expressed annoyance over the delay in Orange Line Metro Train project and directed the construction companies to complete the work by May 20. During the proceedings, the court had directed all three construction companies to submit Rs 10 million guarantee each and remarked that the guarantee amount would be forfeited if the project is not finished by May 20. He hoped this project would be successful and would not come crashing down. The court also expressed concern over the current project director and observed due to him the work has been delayed. It directed that Justice (r) Jamshed or Justice Abdul Sattar Asghar be made the head of the technical committee. The court remarked that the Punjab government should consider if the current technical committee head Justice (r) Zahid Hussain wanted to continue work. The project director had stated that their consultants were supervising the construction work of the Orange Line Metro Train project. The hearing was then adjourned for two weeks.