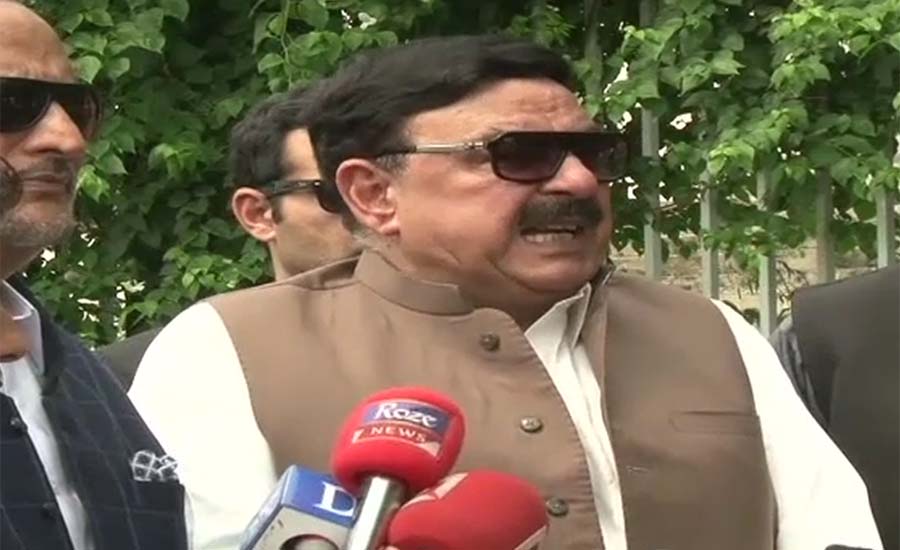 ISLAMABAD (92 News) – The Supreme Court on Tuesday rejected the petition of Awami Muslim League (AML) leader Sheikh Rashid and upheld Lahore High Court’s decision to postpone polls for NA-60. Earlier today, the AML chief challenged the ECP decision of deferring election in NA-60 constituency from Rawalpindi. A day earlier, the Lahore High Court (LHC) Rawalpindi Bench dismissed Sheikh Rashid’s plea against the notification of ECP regarding postponement of the elections in NA-60. In his petition in the LHC, Rasheed contended that the court should order to conduct the election as per schedule. The petition stated that the election cannot be postponed due to the sentencing of a candidate. Talking to the journalists outside the apex court today, Rasheed said that he had pleaded the court to fix his hearing in Islamabad but it will be heard in Lahore. Expressing disappointment, Rasheed contended he will now travel to Lahore to attend the hearing and asked party supporters and staff to continue with their preparations. Earlier, Sheikh Rasheed had challenged the ECP decision to postpone the election in Rawalpindi's NA-60 constituency after arrest and disqualification of Pakistan Muslim League-Nawaz's (PML-N) Hanif Abbasi in the ephedrine quota case last week. On Sunday, the ECP issued a notification postponing election in NA-60 after disqualification of Hanif Abbasi. The ECP put off the election owing to criticism in political and social circles over the timing of the court verdict. On Saturday, Abbasi was arrested and sent to Adiala jail after the Control of Narcotics Substances (CNS) Court in Rawalpindi sentenced him to life imprisonment in the case related to misuse of controlled chemical ephedrine.