Scarlett Johansson hints of darker side to next 'Captain America' 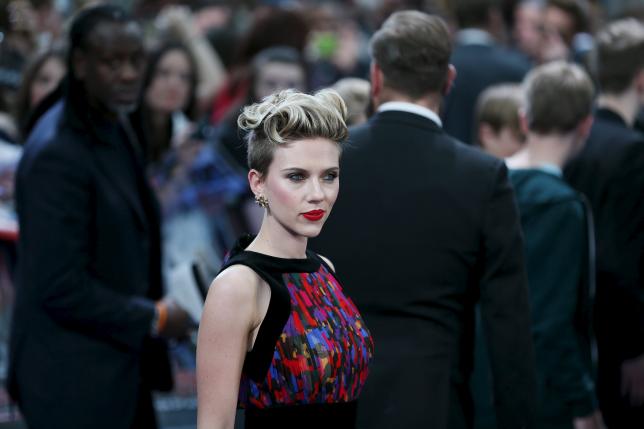 Scarlett Johansson hints of darker side to next 'Captain America'

LONDON - The next "Captain America" film will be darker than previous Marvel superhero films, US actress Scarlett Johansson has hinted. The Hollywood actress will reprise her role as the Black Widow in "Captain America: Civil War", due for release in 2016, alongside her "Avengers" co-stars Chris Evans and Robert Downey Jr. "I can't elaborate too much on it," Johansson told Reuters at the European premiere of "The Avengers: Age of Ultron" in London on Tuesday night. "But as the scope of these movies is larger and larger and the danger kind of looms larger and larger, I don't want to say that the film has a darker tone, but the film has a darker tone and I think it's maturing along with the fans." Johansson was among a star-studded line-up at the London premiere of the "The Avengers" sequel, which drew hundreds of screaming fans, some of them dressed up as their favorite Marvel comics superheroes. Alongside Johansson, Downey Jr (Tony Stark/Iron Man), Chris Hemsworth (Thor), Evans (Captain America) and Mark Ruffalo (The Hulk) walked the black carpet at the packed Westfield shopping center. "The Avengers" was the fastest film to pass the $1 billion mark in box office takings when it was released in 2012. The sequel's plot sees Tony Stark try to jumpstart a peacekeeping program, but things go badly wrong and the superheroes have to stop villain Ultron's destructive plans. Johansson, who was pregnant during production, said she felt an emotional connection to her character who reveals in the film that she was forcibly sterilized. "When you have something (and) you can imagine not having it, I think it added a different kind of dynamic that I would never have expected, but it was certainly helpful, yes," she said. When asked about the more fragile side of The Hulk that is revealed in the film, Ruffalo said: "Yes, I like that aspect of it and finally the technology is at a place where we can start to really imbue the Hulk stuff with real performance". "Avengers: Age of Ultron" is released in Britain on April 23 and the United States on May 1. - Reuters