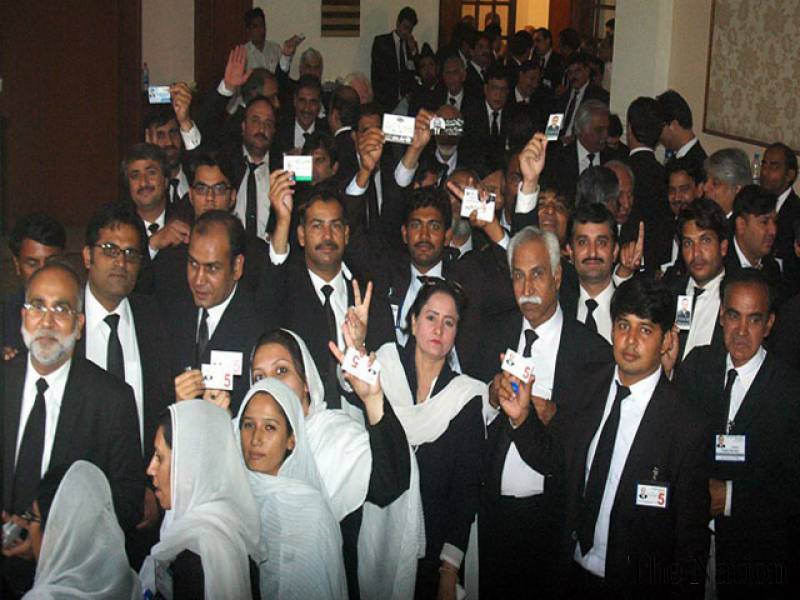 LAHORE (92 News) – Vote count started after the polling for the Supreme Court Bar Association (SCBA) elections 2018-19 ended on Wednesday. The polling for election was started at 8:30am. Polling stations were set up in Karachi, Quetta, Peshawar, Abbottabad, Lahore, Multan, Bahawalpur, Islamabad and other cities. Meanwhile, a total of 3,047 voters cast their votes to elect the 22-member body. Lawyers from across Pakistan will elect the new body for the bar association. The Lahore registry had 1291 registered votes while the Karachi registry had 504. In Islamabad, there are 484 registered votes while Peshawar has 280 votes. Quetta, Bahawalpur and Multan have 196, 89 and 203 registered votes respectively. In the SCBA election, Ali Ahmad Kurd form Asma Jahangir Group and Amanullah Kanrani from Hamid Khan Group are vying for the slot of the president. For the slot of the general secretary, the contest is between Shamimur Rehman Malik and Azmatullah Chaudhry, while Ali Ahmed Rana and Mahmood A Sheikh are in the race for the finance secretary.