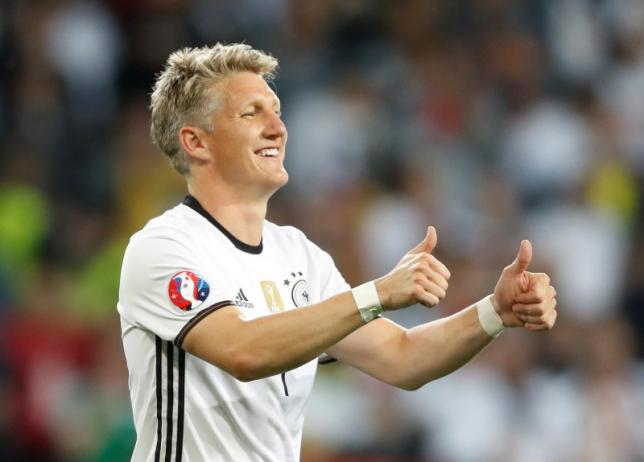 PARIS - German midfielder Bastian Schweinsteiger has retired from international football, he announced on Friday, saying he was disappointed to have not finished his career with a win at Euro 2016 in France. "It wasn't to be and I have to accept it," he said in a statement on his Twitter feed. "The historic and emotional high was winning the World Cup in 2014," added the Manchester United player who had 13 seasons with Bundesliga champions Bayern Munich. -Reuters