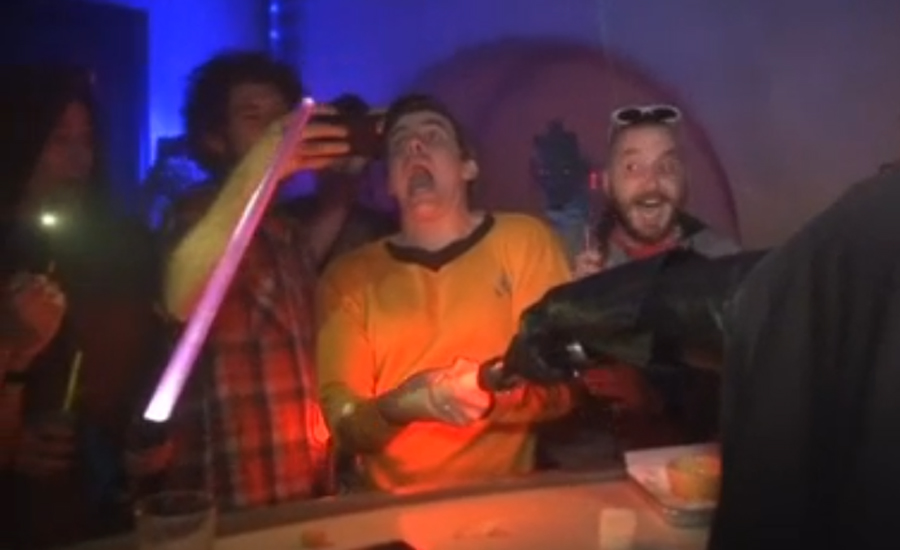 LOS ANGELES – If your idea of a fun Saturday night inclines more toward swinging a light sabre than tripping the light fantastic, then a new bar in Los Angeles may be just the place for you.

The Cantina of Scum & Villainy is a new pop-up bar in Hollywood that encourages patrons to indulge their passion for dressing as their favorite science fiction characters.

"I wanted to build a place that geeks and nerds and cosplayers could all gather and have a place to make pretend. In my head, this is a playset and we are all action figures," the bar's creator, J.C. Reifenberg told Reuters.

'Cosplay' is a contraction of the words 'costume' and 'play'.

"You truly feel transported into the galaxy far, far away and that's what they're doing good is that you feel like you're in a different place, like, totally," said Jamie Costa, a patron dressed as Han Solo.

The bar, which borrows its name from a line in the original "Star Wars" film, will be open until the end of June. –Reuters