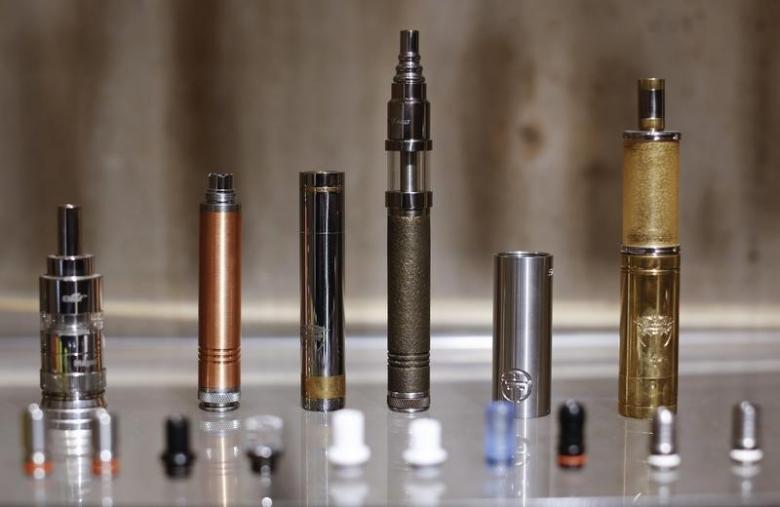 LONDON - Electronic cigarettes may have helped about 18,000 people in England to give up smoking last year and there is no evidence of any serious side effects associated with their use for up to two years, according to studies published. Researchers at University College London (UCL) analyzed the latest data on smoking and quitting in England – including details on smokers who worked with the health-worker devised Stop Smoking Services to set a quit date. While they found no direct evidence that e-cigarettes prompted more people to make the decision to try and quit, the team did find that as more people used e-cigarettes, more people also successfully stopped smoking. In a separate scientific analysis also published on Tuesday, researchers at the Cochrane Review found that the overall weight of evidence on e-cigarettes suggests they can help people stop smoking and have no serious side-effects. E-cigarettes, which heat nicotine-laced liquid into vapor, have rapidly grown into a global market for "vaping" products that was estimated at around $7 billion in 2015. Unlike nicotine chewing gum and patches, they mimic the experience of cigarette smoking because they are hand-held and generate a smoke-like vapor. Tobacco smoking kills half of all those who indulge, plus at least another 600,000 non-smokers a year via second-hand smoke. This makes it the world's biggest preventable killer, with a predicted death toll of a billion by the end of the century, according to the World Health Organization (WHO). Many public health specialists think e-cigarettes, or vapes, which do not contain tobacco, are a lower-risk alternative to smoking, but some question their long-term safety. Experts estimate that around 2.8 million people in the UK use e-cigarettes and they have become the nation's most popular smoking cessation aid. "England is sometimes singled out as being too positive in its attitude to e-cigarettes," said Robert West, a professor at UCL's Health Behaviour Research Centre who co-led the study and published it in the BMJ British Medical Journal. "These data suggest that our relatively liberal regulation of e-cigarettes is probably justified." In the second analysis, a review published by the Cochrane Library, researchers also found e-cigarettes may help people quit but said there is not yet enough evidence from the best type of studies - randomized controlled trials - to be sure. Of the studies that looked at side effects and were reviewed by the Cochrane team, none found any serious concerns of using e-cigarettes for up to two years. Among non-serious side-effects, throat and mouth irritation were most common. -Reuters