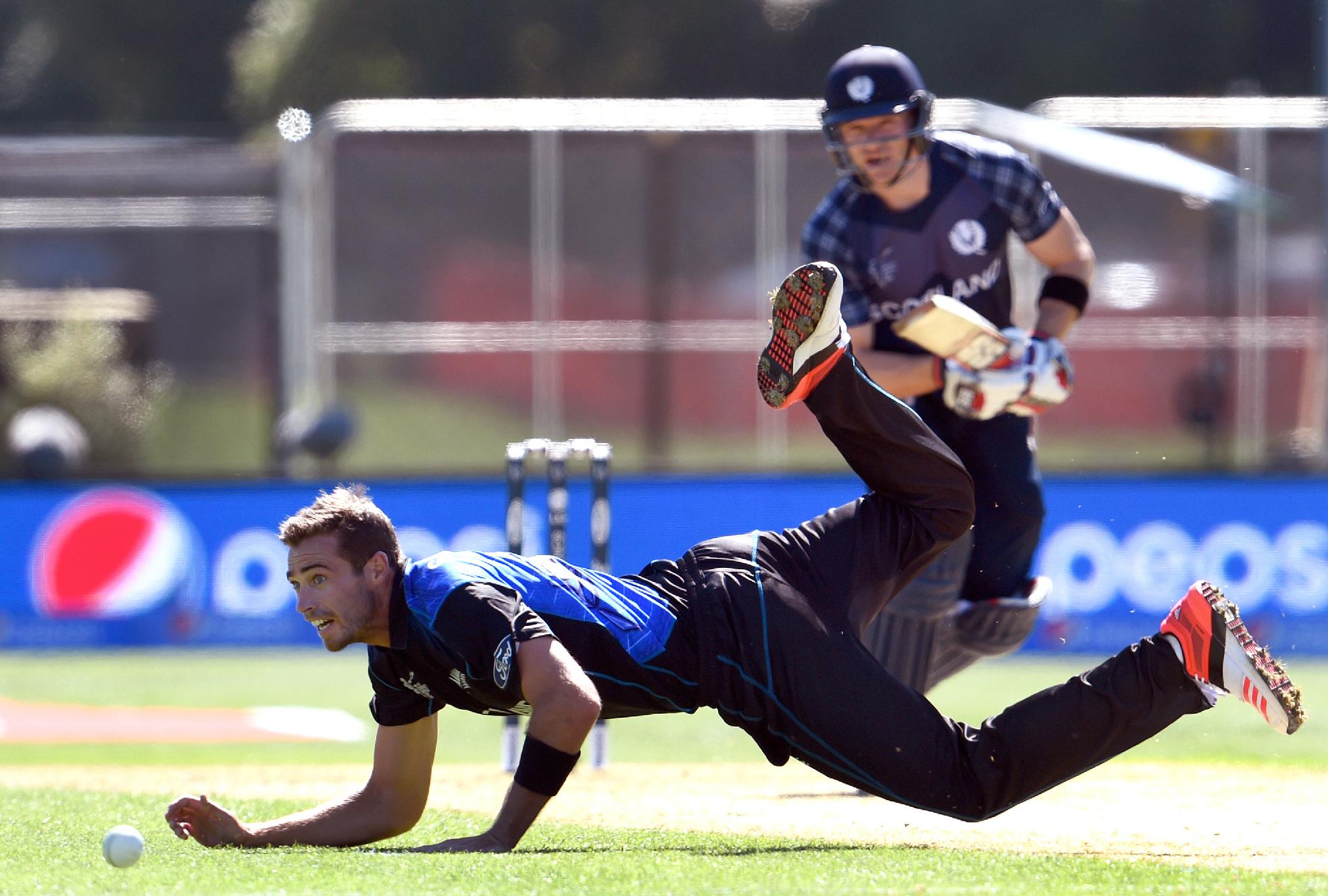 SYDNEY  (Reuters) - Giving a taster of the sort of batting he is capable of, Richie Berrington took one step down the University Oval track and smashed a Daniel Vettori delivery high over the long-on boundary and into the window of the TV commentary box. The sumptuous six in Scotland's World Cup opener against New Zealand on Tuesday was only a sample of what the 27-year-old can produce as circumstances forced him to display the more circumspect side to his game. A top order collapse had brought him to the crease in the fifth over to face a hat-trick ball and application rather than pyrotechnics were the order of the day in his 80-ball half-century.  If Scotland were to get within a sniff of a victory in the remainder of the World Cup, however, no one should be surprised to see Berrington leading the charge. His half-century in the Dunedin defeat was his seventh in one-dayers and he is one of only 13 players to have scored a century in an international Twenty20. Berrington achieved that 100 off 56 balls to drive Scotland to victory over Bangladesh in 2012. He also caught the eye in the World Cup warm-ups with 66 as the Scots came up four runs short of victory over West Indies and 52 from 40 balls to drive the Scots to the brink of their 179-run triumph over Ireland. Unlike the Irish, the Scots have never won a World Cup game nor beaten a top tier nation, a state of affairs they are determined to rectify over the next few weeks. "We are very much looking to take it one game at a time, our first goal is to turn over one of the five full member teams and we'll take it from there," Berrington told reporters after the West Indies warm-up. Having come up short against the Black Caps, England, Bangladesh, Sri Lanka and Australia remain potential victims of the upset that would signal mission accomplished for the Scots at their third World Cup. SWEETER UPSET Berrington may have been born in South Africa but his accent bears witness to an upbringing as Scottish as the tartan that adorns the sleeves of his World Cup match shirt. That said, he was not about to leave any hostages to fortune by entering into conjecture about whether a victory over England, still regarded as the "auld enemy" by many Scots, would be the sweeter upset. "We've got five opportunities to beat full member sides and we want to beat one of these teams, whether it's England or not we'll wait and see," he said firmly. Scotland's qualification for the World Cup in the tournament in New Zealand last year not only earned them ODI status but also ensured the funding that allows the likes of Berrington to remain professional. As a man who packed supermarket shelves before he took up the game full-time, Berrington knows how important it was but he and his team mates are determined that it not be the extent of their achievement. "The group's been together for while now and we've been working hard before the start of this World Cup," he said. "In the warm-ups we played some good cricket so we're quite confident."