Screaming of all Sharifs on accountability can be heard on Mars: Chohan 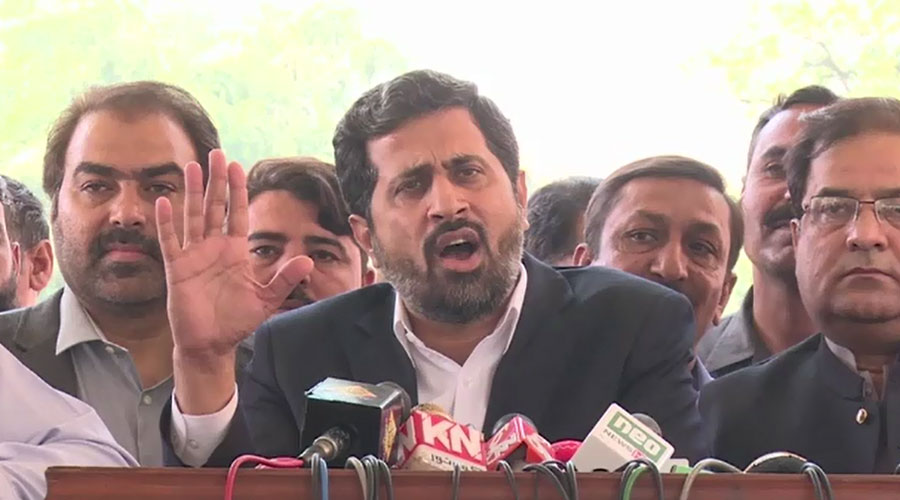 Screaming of all Sharifs on accountability can be heard on Mars: Chohan

LAHORE (92 News) – Punjab Information Minister Fayyazul Hassan Chohan has said that the cries of all members of Sharif family on accountability process can be heard on Mars. Speaking to the journalists in response to Hamza Shehbaz’s media talk, Fayyazul Hassan Chohan said that Hamza has lost his conscious after being separated from his father. Heavily criticised Pakistan Muslim League-N (PML-N), the minister claimed that MPA Hamza and his father looted Punjab for 10 years. He also said that Hamza is only criticising NAB for its action against his father. The minister maintained that Hamza Shehbaz is attacking an independent institution only because it took action against his father. “When both son and his father were looting the wealth of country like ‘Yajooj And Majooj’, that was time all the institutions were good, he asked. “Do what you like Hamza, jump on a container or K2, nothing can hide your corruption. You and your family’s cries against accountability can be heard even on Mars,” said the minister. Fayyazul Hassan Chohan also criticised the opposition over the plans to call a All Party Conference against the government and termed the joint opposition ‘All Pakistan Loot Maar (corruption) Association’. “All Pakistan Loot Mar Association has united under the leadership of Maulana Fazlur Rehman, this conference will be a flop show,” said Chohan. It is pertinent to note here that earlier in the day, Hamza Shehbaz Sharif said that both NAB and Mansha Bomb, a known land grabber, are same.