Search for missing MH 370 will not stop: China 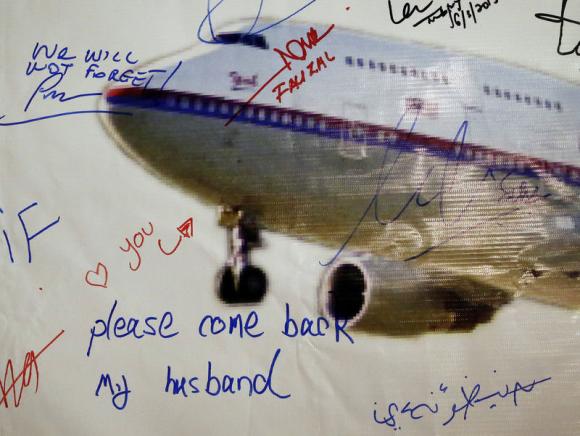 Search for missing MH 370 will not stop: China

BEIJING - China's foreign minister said on Sunday the search for a Malaysian Airlines flight which vanished one year ago will not stop, adding that the government will keep providing whatever help it can to relatives of those on board. "The search for MH370 will continue," Chinese Foreign Minister Wang Yi said on the sidelines of an annual meeting of China's parliament. "Today must be a tough day for the family members of those onboard," Wang added. "Our hearts are with you." No trace has been found of the Malaysia Airlines Boeing 777 aircraft, which disappeared a year ago on Sunday carrying 239 passengers and crew, in what has become one of the greatest mysteries in aviation history. Most of those on board were from China. Flight MH370 vanished from radar screens shortly after taking off from Kuala Lumpur, bound for Beijing. Investigators believe it was flown thousands of miles off course before eventually crashing into the Indian Ocean. Australia's deputy prime minister said recently the search for the plane could not go on forever, and discussions were already under way between Australia, China and Malaysia as to whether to call off the hunt within weeks. Wang said that Malaysian Airlines has started compensation work for family members. "We will provide all necessary assistance and services to each family of those onboard the plane," he said. "We will help you uphold legitimate interests and lawful rights." – Reuters