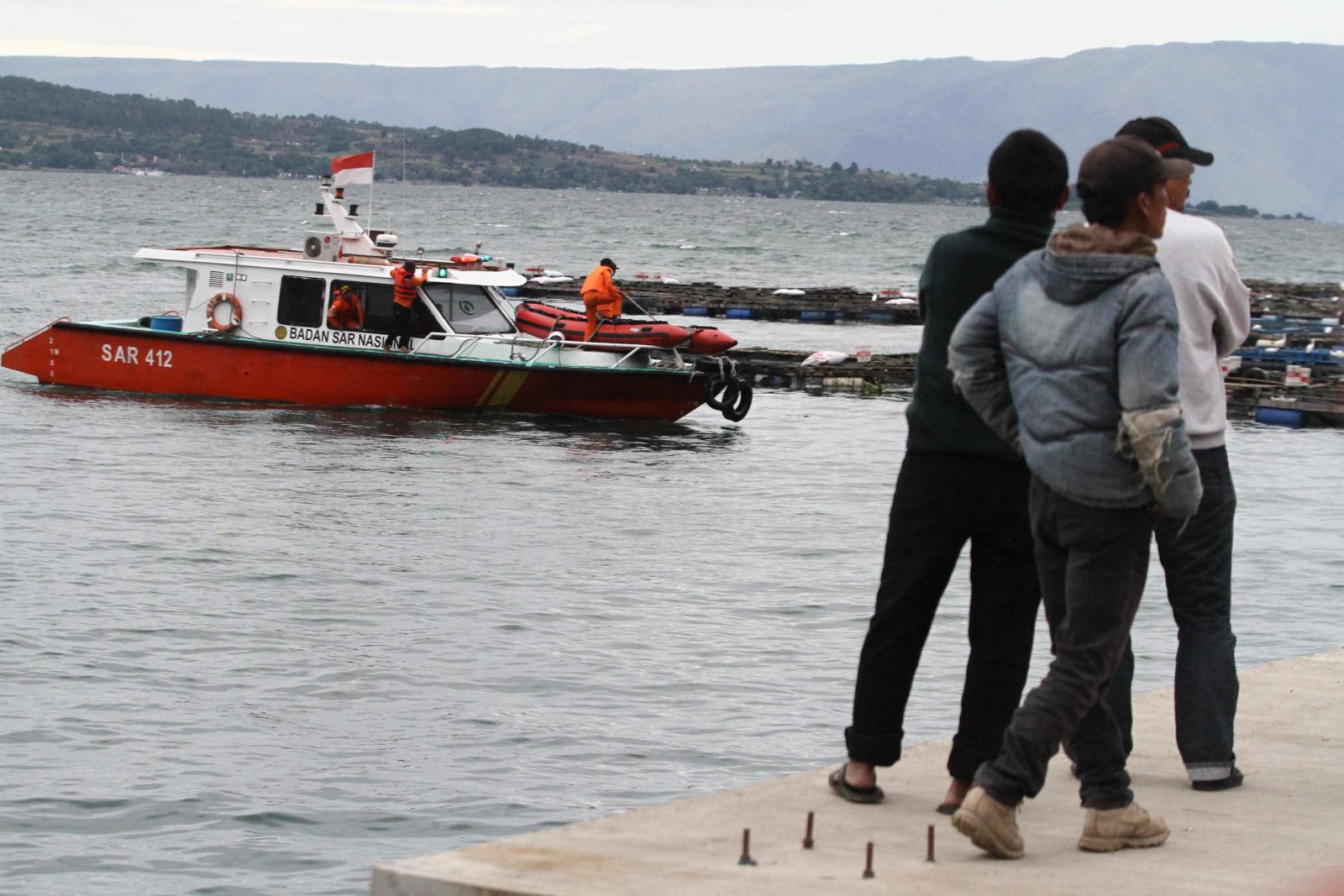 JAKARTA (Reuters) - Indonesian authorities resumed a search for survivors on Tuesday after a ferry with at least 80 passengers on board sank in rough weather in Lake Toba, a popular tourist destination in North Sumatra. An estimated 18 people had been rescued and one passenger was confirmed dead after the ferry sank on Monday evening. It was not immediately clear if foreigners were among the missing passengers. “The search has started since around 7 this morning. The conditions are better than last night,” said Sri Hardianto, an official at Indonesia’s transport ministry. He said an estimated 80 passengers were on board, but he said officials were working to confirm that number. The National Disaster Mitigation Agency said there were unconfirmed reports of up to 130 people on board the ferry, which was hit by high waves and strong winds. Video footage provided by the agency showed people on another ferry throwing life preservers and life jackets to several people in the water. Two other ferries and a wooden boat were involved in the rescue effort. Ferry accidents are common in Indonesia especially when millions of people make the annual journey by land, sea, and air to their hometowns. A longboat carrying around 43 people sank off Makassar on Sulawesi island last week, killing 13, and a speedboat carrying 30 passengers sank off South Sumatra, killing at least two. Lake Toba, a popular tourist destination, fills the caldera of a giant dormant volcano and is one of the deepest lakes in the world.