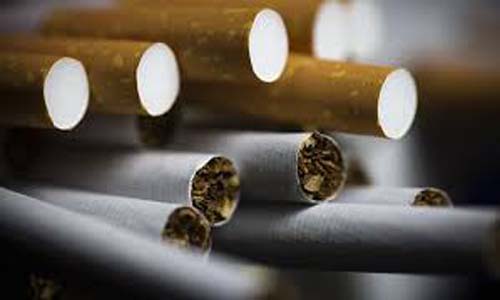 CASTLEBAR, Ireland (Reuters) - Ireland said a second major cigarette manufacturer, Imperial Tobacco Group, has threatened legal action against the government over plans for a law requiring them to sell cigarettes in plain packets. Ireland said in 2013 it wanted to become the first country in the European Union to ban branding on cigarette packages and reiterated its plans this week after the legislation prompted a threat of legal action from Japan Tobacco International. The minister who has designed the legislation, James Reilly, said Japan Tobacco and Imperial Tobacco had written to his department and that one of the firms demanded he tell them in writing by this week that Dublin would not proceed with the law. "This week I received letters from two of the largest tobacco companies in the world threatening legal action against this state," Reilly said in a speech at his Fine Gael party's annual conference. "I want to be crystal clear. We will put the health of our children ahead of the profits of Imperial Tobacco and Japan Tobacco International every time," Reilly said to applause from supporters. No one at Imperial Tobacco, whose cigarette brands include Davidoff, Gauloises and John Player in Ireland, was immediately available for comment. In a response last year to Britain's health department over its plans to introduce a similar law by May, Imperial Tobacco said plain packaging would infringe international law, could threaten future foreign direct investment into Britain and set a dangerous precedent for other sectors. Australia introduced a ban a few years ago as a way to reduce smoking and is facing challenges at the World Trade Organization over complaints the laws create illegal obstacles to commerce.