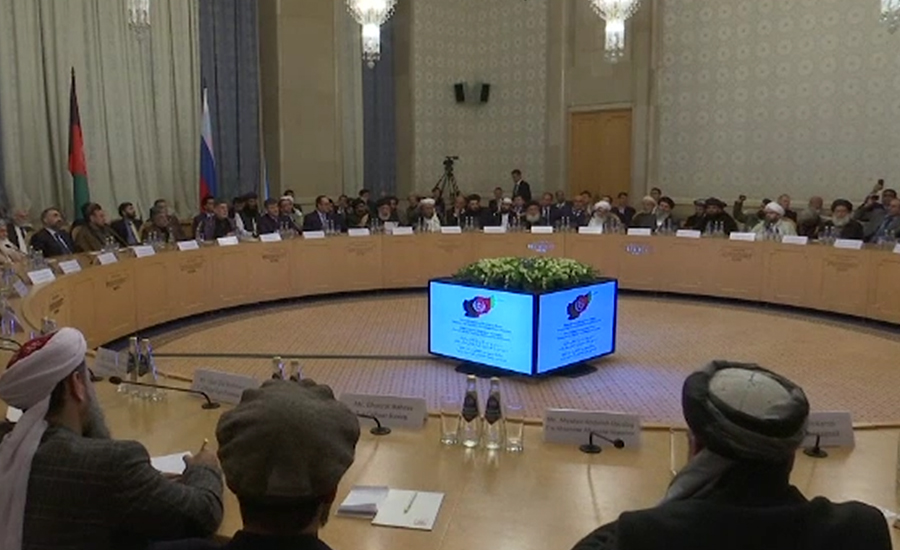 MOSCOW (92 News) – The second round of the Afghan peace dialogues will be held in Moscow on Wednesday. A 10-member delegation of Taliban and former Afghanistan President Hamid Karzai are attending the talks. Speaking on the occasion, Hamid Karzai said that all Afghans and Taliban have fed up with the war. Addressing the participants, Taliban delegation head Sher Muhammad Abbas Stanikzai said the Kabul government constitution is invalid and they want an Islamic constitution. “We believe in the political resolution of the issue,” he said. He also demanded that an interim government should be formed in Afghanistan. However, no representative from the Afghan government was invited to the talks.

Sher Muhammad Abbas Stanikzai, the Taliban delegation head, said that Afghanistan peace talks with the United States last month had been a success, the Interfax news agency reported. The United States held peace negotiations with the Taliban in Qatar that ended with signs of progress toward the withdrawal of thousands of foreign troops from Afghanistan and an end to more than 17 years of war. The head of the delegation, who is in Russia for talks between Taliban militants and opposition politicians, was quoted as saying no agreement had been reached with Washington on a timeframe for a troop pullout, but that he hoped it would happen soon.