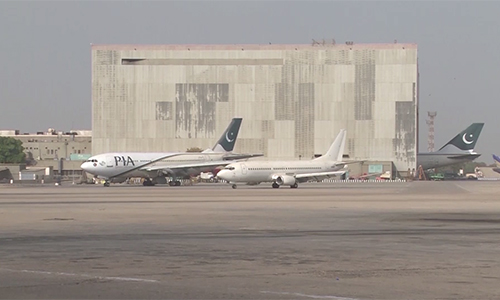 KARACHI (92 News) – The second round of talks between the Civil Aviation Authority (CAA) and the Pakistan Airline Pilots Association (PALPA) also failed on Monday. Briefing the media after talks on Mondat, Sher Ali Khan, a spokesman for CAA, said that they could not accept the three demands of the pilots. He said that passengers are facing problems due to attitude of pilots. “Our top priority is national interests. The PALPA demands are tantamount to challenging the PIA management,” he said. The CAA spokesman said that they could not accept the pre-condition of the PALPA. He said that the PIA would take immediate steps to ensure all flights, including Hajj.