Second-string Spurs knocked out of FA Cup by Palace 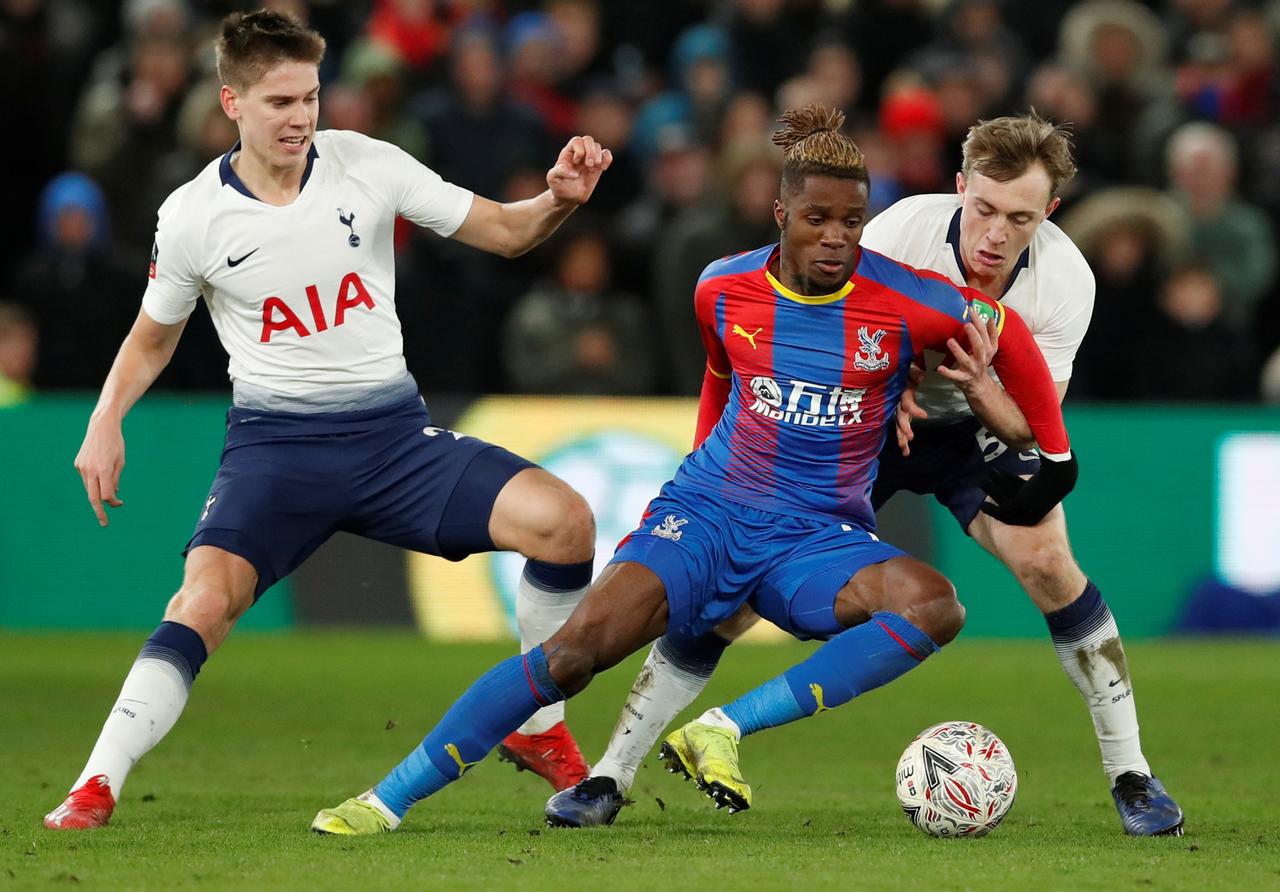 Second-string Spurs knocked out of FA Cup by Palace

LONDON (Reuters) - Tottenham Hotspur went out of their second domestic cup competition in four days as Crystal Palace’s Connor Wickham and Andros Townsend struck first-half goals to secure a 2-0 FA Cup victory in a lively fourth-round clash on Sunday. Spurs, beaten by Chelsea in a League Cup semi-final penalty shootout on Thursday, had their woes compounded in a dismal opening period when Kieran Trippier shot wide from the penalty spot after Patrick van Aanholt brought down Juan Foyth. Tottenham manager Mauricio Pochettino, already missing striker Harry Kane and midfielder Dele Alli through injury and with South Korea forward Son Heung-min on his way back from the Asian Cup, rested Christian Eriksen among a raft of changes from last weekend’s Premier League win at Fulham. The hosts took the lead against the run of play in the ninth minute as Wickham, whose Palace career had stalled due to a serious knee injury suffered in 2016, tapped in from close range on his first start for the club in 792 days. The 25-year-old forward was in the right place to capitalise after Jeffrey Schlupp glided past the Spurs defence only to have his shot from the right parried away by keeper Paulo Gazzaniga. Palace doubled their lead with a penalty in the 34th minute through Townsend, who sent Gazzaniga the wrong way, after defender Kyle Walker-Peters inexplicably handled a high ball. Julian Speroni, who had made a fine double save to deny Tottenham winger Georges-Kevin Nkoudou, was also solid after the break as he helped Roy Hodgson’s team to victory.

“Today we can leave Selhurst Park with a smile on our face,” Hodgson told reporters. “I’ve been happy with the way the team have been playing for a while. Today I thought we defended well throughout the game. “Then there was the penalty which was a bit soft, similar to ours. We were fortunate Trippier missed it.” Spurs are still waiting for their first silverware under Pochettino, and first trophy since beating Chelsea in the 2008 League Cup final, with the manager conceding that they had to make several changes due to the club’s fixture congestion. “It was a fair result. They scored and we didn’t... we can talk about possession and shots but if you don’t score you don’t deserve to win games,” Pochettino said. “We came from a crazy fixture schedule and we were forced to make some changes. This season is tough and it’s going to be a massive challenge for us... we’re out of two competitions since Wednesday and we’re disappointed. “Again we’re going to have the debate whether a trophy will take the club to the next level. I don’t agree with it. It only builds your ego. The most important thing for Tottenham now is to always be in the top four.”