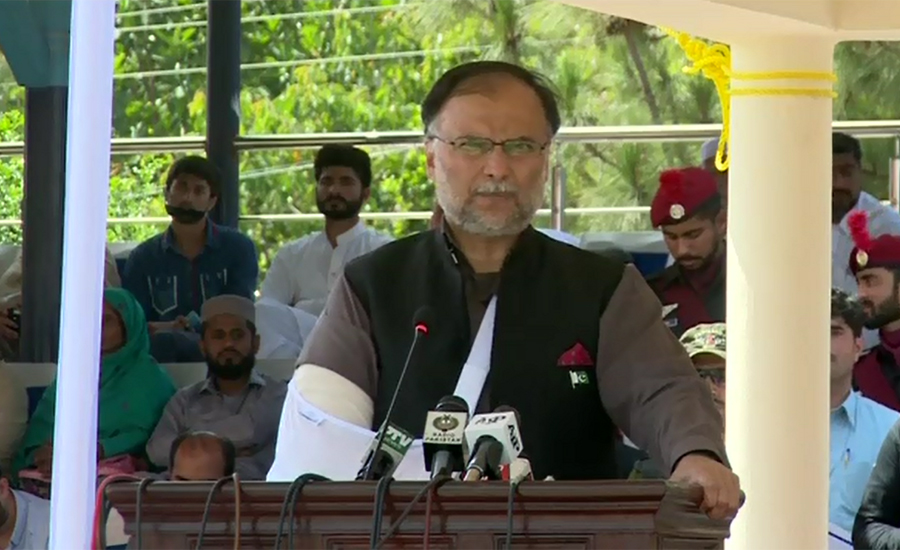 ISLAMABAD (92 News) – Interior Minister Ahsan Iqbal has said that security forces have eliminated terrorists by offering sacrifices. Addressing the passing-out parade of police after his recovery in an attack on Thursday, he said that they will further strengthen the country. “Today’s Pakistan is different from the country in 2013,” he said.Upload Files The minister said that they had gained successes in the war against terrorism. “Still we have to win the war against terrorism,” he said.