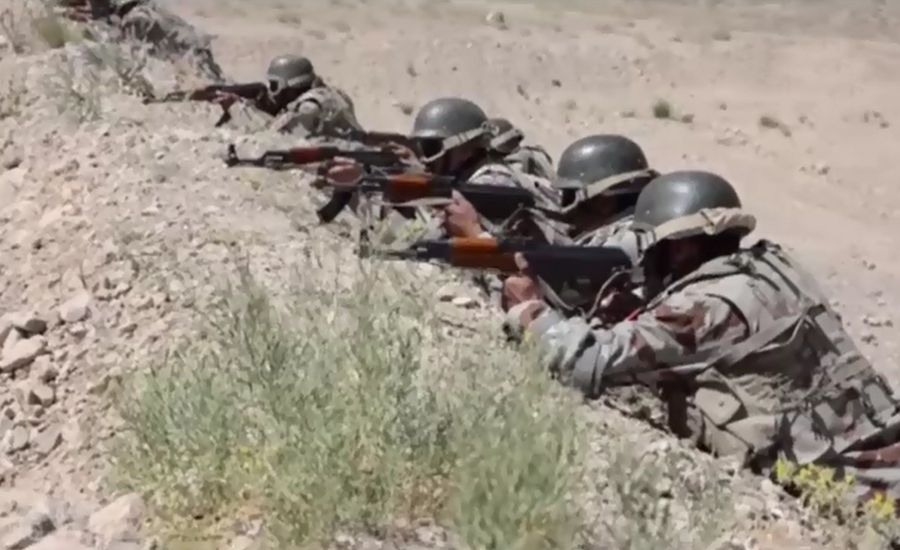 RAWALPINDI (92 News) – Security forces have on Friday foiled an early morning terrorists' attack from the Afghan side of the border and gunned down two terrorists on border post in Khyber Agency.

In a statement issued by the Inter-Services Public Relations (ISPR), two suicide bombers, who were among a group of the attackers, were killed by the security forces in Misthara post in Khyber tribal region, which borders Afghanistan's eastern Nangarhar province.

"Terrorists including 2 suicide bombers from across the border attempted fire raid and target Misthara post, 2 km northwest of Jarobi on Pak-Afghan Border," the statement said.

Two soldiers also injured in exchange of fire with the terrorists, it said.

Pakistan and Afghanistan have nearly 2,600 kilometers common border, mostly porous, and the militants used to take advantage of the absence of an effective border management system.

Pakistan has started fencing its border with Afghanistan to stop the cross-border movement of the armed groups.