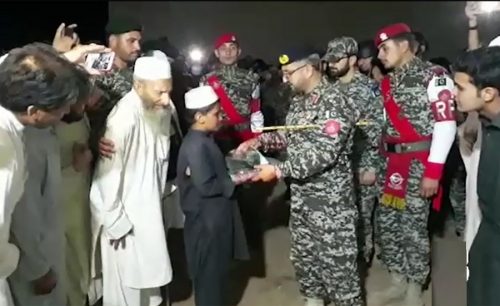 A smartly turned out contingent of Pak Army presented the salute.

Moreover, the Bannu Counter Terrorism Department (CTD) has registered a case of the attack on the Pak Army check-post. Nine people, including Ali Wazir and Mohsin Dawar, have been nominated in the FIR. On the other hand, Section 144 has been imposed in South Waziristan for a month. A notification in this regard has been issued. There will be a ban on rallies, meetings, processions and provocative speeches. Moreover, there will be a ban on the use of tainted glasses, display of weapons and aerial firing in the area.